The Netherlands has great energy transition ambitions. To realise these ambitions, about 20 percent of buildings in the country will have to use an open or closed loop shallow geothermal energy system in 2050. In this context, a general framework needs to be created to ensure the optimal use of the subsurface in urban areas. Working in a consortium with the province, the municipality and the Utrecht Regional Implementation Office, Kennisplatform bodemenergie, KIBO, Deltares and IF Technology, KWR conducted practice-oriented research to help create this framework. The framework sheds light on the consequences of increasing the density of ATES systems, in terms of the positive and negative mutual interactions, and on what the optimal well distances are, in terms of CO2 emissions from the area as a whole and from ATES systems individually. 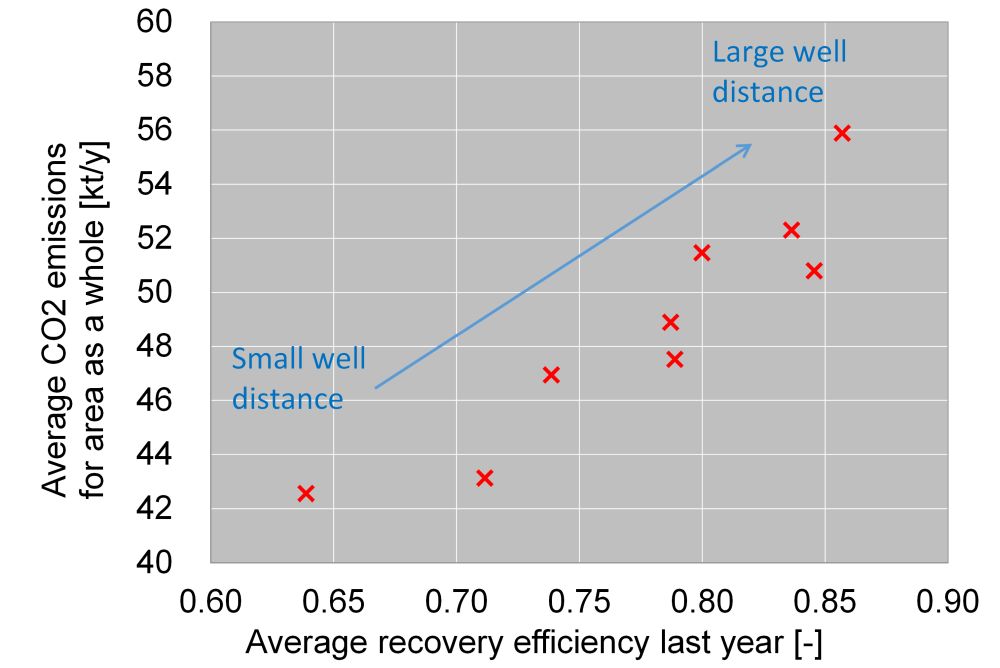 To limit the extent of climate change, the Dutch government has committed itself in international agreements to reduce the country’s CO2 emissions. Aquifer thermal energy storage systems to cool and heat buildings are a needed technology in this effort. The ambition is to have about 20 percent of buildings equipped with ATES systems in 2050. Geothermal energy systems are therefore very necessary for the energy transition. However, given the ambitions, the current design and permitting practice does not make optimal use of the potential of the subsurface.

The application of the principle of precaution in permitting the use of ATES systems has meant that the systems are kept at a distance from each other. They can therefore not influence each other in the subsurface. But an artificial scarcity of space is created by the ample distances between the systems. This is further aggravated because individual users request excess capacity. In other words, there is in fact more space available for the installation of open geothermal energy systems than is being used; in urban areas this can in practice represent as much as 50 percent of the subsurface space. To eliminate this problem, an improved general framework is needed for the placement of ATES wells. Precisely with regard to these busy areas, it is all a matter of utilising as much of the subsurface space available as possible for the storage and recovery of heat and cold. Only in this way can an effective contribution be made to achieving the great national ambitions to reduce CO2 emissions. To help bring this about, KWR collaborated in the creation of a framework that contributes to eliminating this artificial scarcity of space.

The created framework provides guidance for an optimal and sustainable use of the subsurface in the context of a sharply increased number of ATES systems. KWR also used simulations to shed light on the positive and negative interactions between these systems if their density is increased, and determined the optimal distances between wells. KWR hereby formulated the framework conditions to allow for a more intensive use of the subsurface and the elimination of a shortage that in fact does not exist. 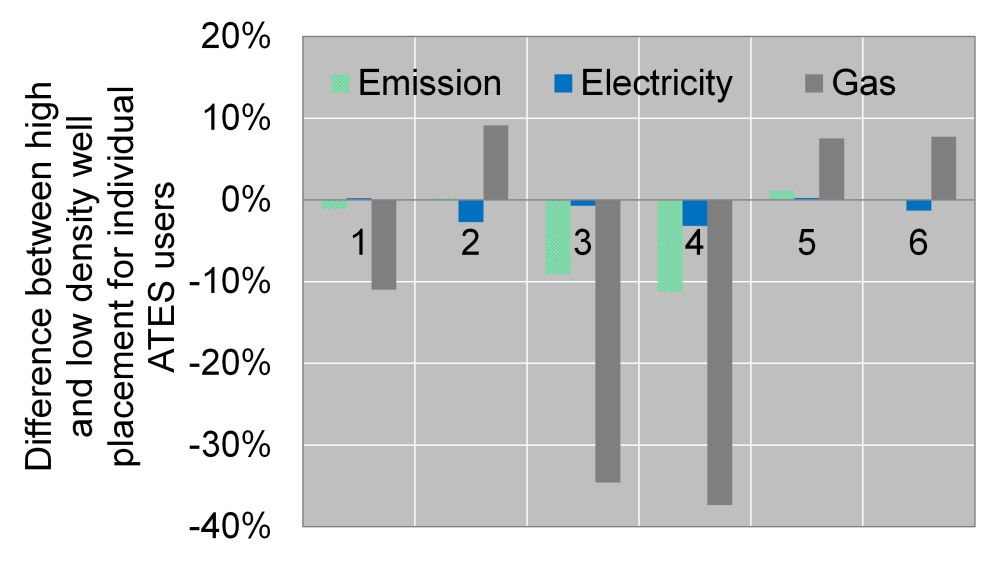 Effects on energy performance of the ATES system

When ATES wells are placed close to each other, the total energy consumption of the geothermal energy system changes; sometimes positively and sometimes negatively. This is because the subsurface interaction between the wells has an impact on the extraction temperature of the groundwater, and thus on the effectiveness of all wells in conjunction. When determining the distance between ATES wells, one must therefore take into account how the subsurface interactions ultimately affect energy performance (savings), or the ATES system as a whole (thus including the use of heat pumps, peak supply, etc.).

The mutual interaction actually has little effect on energy consumption when one looks at an individual ATES system. But by authorising more of these systems, and thus giving more buildings access to this sustainable technology, one sees a drastic reduction in the area’s CO2 emissions. By doubling the density one can even cut emissions by 30 percent. In the simulations this reduction is actually somewhat dampened, because of the high emissions that have to be attributed to the grey electricity which the Dutch grid transported in 2019. 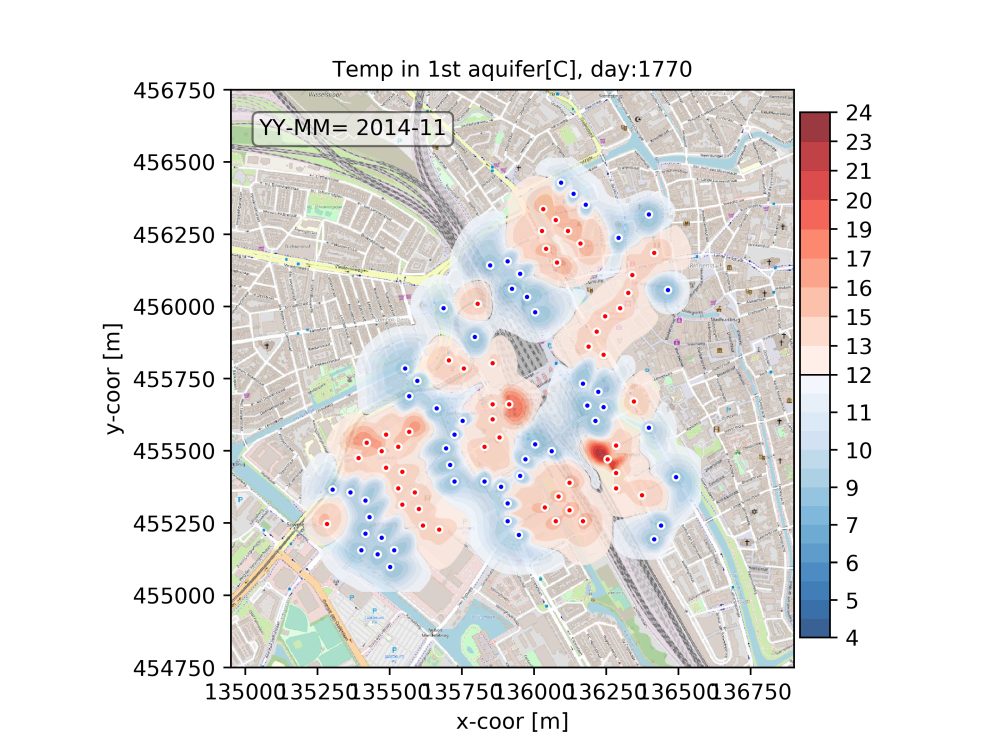