On behalf of the TU Delft I participated during the past 5 years in a climate-KIC project, to identify and solve barriers for Aquifer Thermal Energy Storage (ATES) adoption in Europe. After identifying the most important barriers for, mature and immature ATES markets, we proposed solutions for those barriers and tested them at various sites across Europe. Now the project is ending we did a roadshow along some of the pilots to present the results at local events. 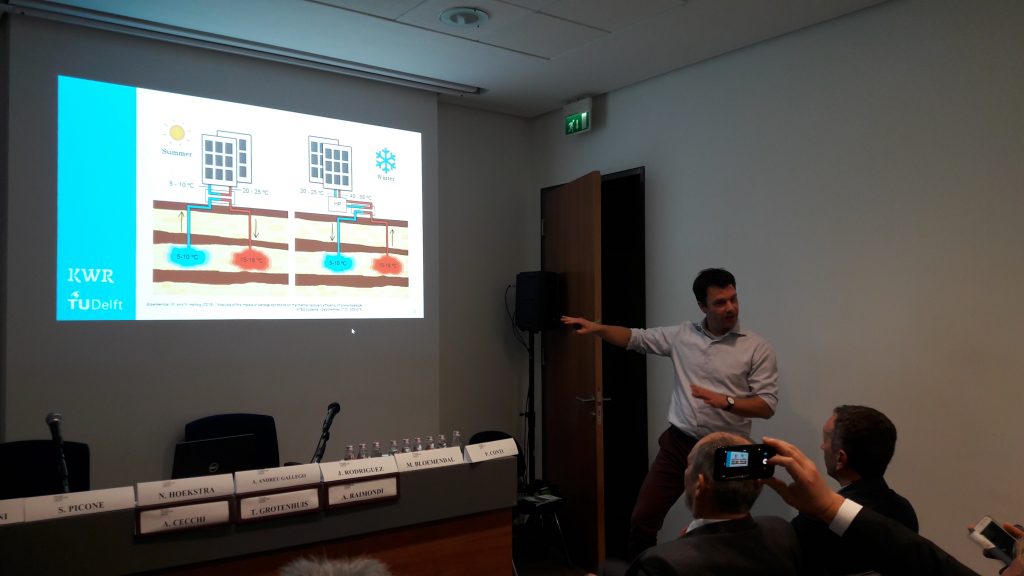 Dr.ir. Martin Bloemendal during his presentation at ECOMONDO

1st trip to Spain: technology to work round a legal barrier

The barrier in Spain is a legislation barrier: it is not allowed to re-inject extracted groundwater, hence making ATES impossible. Itecon (Julian Rodriguez) and ITC (Alicia Andreu) developed a new type of Geothermal system which is a combination of an open and a closed loop system. Several closed loop U-tubes are installed in a borehole with a screen at the bottom and at the top. Groundwater is pumped from one screen to the other along the tubes in the borehole, strongly increasing the heat exchange of the closed loop tubes and not extracting groundwater. This system is installed at the municipality swimming pool of the town of Nules, close to Valencia. In October we visited the site and presented the results of all the pilots at a conference at ITC. 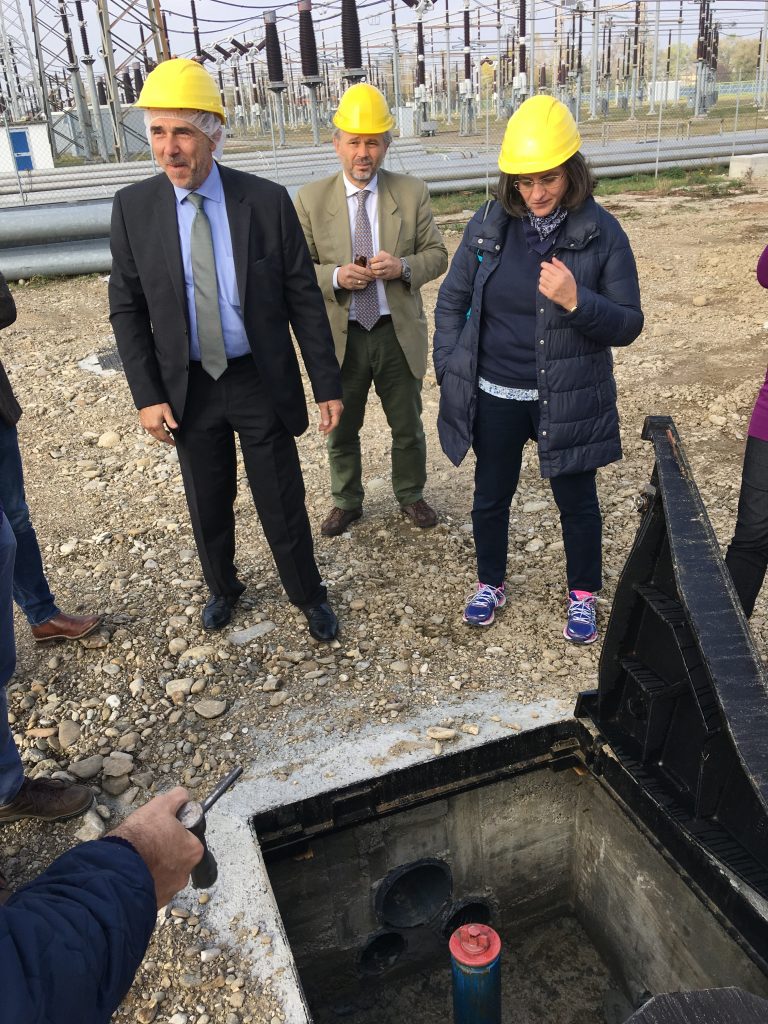 Proffessor Cassani at an extraction well of the Italian Pilot.

The Barrier at the Italian Pilot site is the presence of high groundwater flow and lack of experience with the technology. Terna is a power plant which distributes electricity over the country. Marco Pellegrini from University of bologna and Sara Picone from Aster ran this pilot. As a result of the groundwater flow the system was designed as a recirculation system. This ATES system was the first of the local authority to issue a permit for.

Final Stop: Delft. PVT panels to get heat and power

At the Deltares campus in Delft an existing ATES system is equipped with Photo voltatic and thermal energy (PVT) panels to gain extra heat, to supply to the associated buildings and run the heat pump on solar power. The combination of ATES and PVT cells was made to overcome the heating imbalance that often occurs in ATES systems. At the Deltares campus in Delft, the ‘Virtu’ PVT cells of Naked Energy (Adrian Murell, Nick Simmons) were connected with the ATES system present there.

The pilot sites I did not visit

Denmark and Utrecht:  on the combination of ATES and bioremediation. Combining ATES systems with bioremediation could help to overcome an important barrier for the implementation of ATES systems; i.e. the presence of groundwater pollution. Run by Deltares (Nanne Hoekstra, Sophie Monier, Gemma Spaak)  and WUR (Tim Grotenhuis).

Belgium: also PVT in combination with ATES is installed at the Nike distribution centre in Ham, they also had a successful event, but I did not visit it myself. Run by Deltares and Arcadis (Hendrik Jan Steeman).

December 12th, the day after the visit in Delft we had the closing meeting with Climate-KIC in Utrecht. In Utrecht we presented the work done, main conclusions and possible follow-up.

Climate-KIC is very happy with the obtained results, now we’ll focus on the final reporting!