At the annual ‘Emissie Symposium’, which took place on April 11, I organised a workshop on ammonium in surface waterbodies together with Jan Roelsma of Wetterskip Fryslan. The Emission Symposium is organised by organisations that host the Pollutant Release & Transfer Register (PRTR) in the Netherlands. This register is established to collect and formally provide the annual releases of pollutants to air, water and soil in the Netherlands.

The symposium is visited every year by a large number of water managers and water professionals from different organisations in the Netherlands. Up to now, ammonium is not part of the PRTR, but the attendees of the workshop concluded that it is desirable the incorporate ammonium in the PRTR. 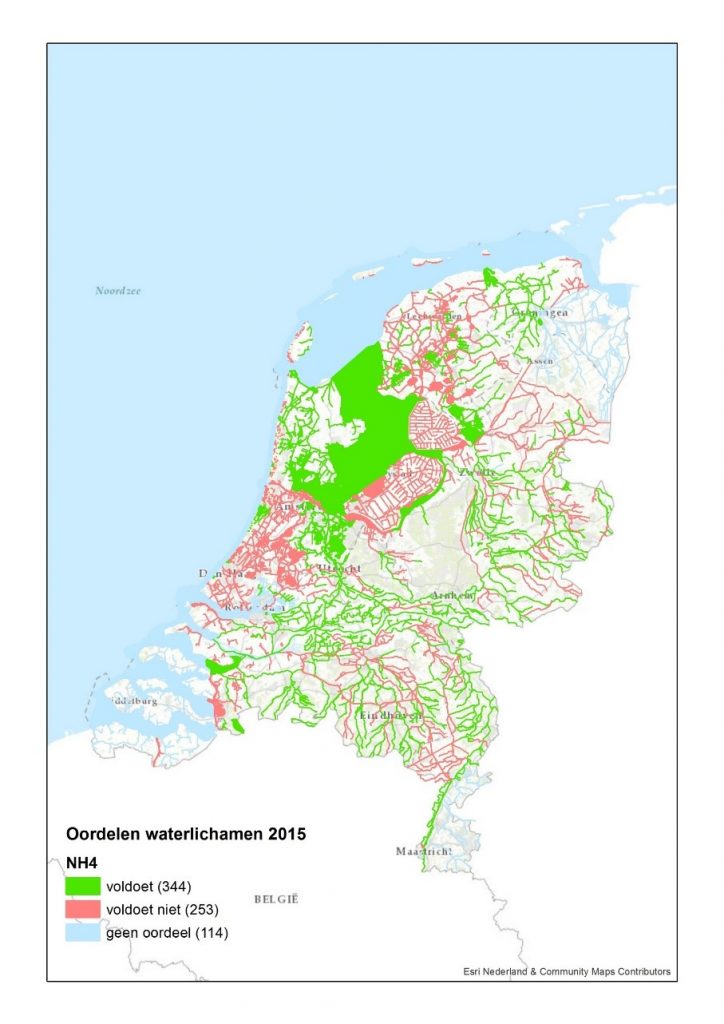 Many questions related to ammonium

High ammonium concentrations have been recognised as a major problem for meeting the targets of the European Water Framework Directive (WFD) in the Netherlands. Almost three-quarters of the monitoring locations currently do not comply with either the environmental quality standards (EQSs) for ammonium. In the workshop, we have zoomed in on the “problem” of ammonium and discussed if ammonium should be included in the PRTR. Various questions were addressed and discussed. What about the EQS for ammonium and why is it so low? Is ammonium felt to be a problem and is there a sense of urgency if the EQS is exceeded? Does it make sense to quantify sources? And if so which one? Which measures would be effective.

Opportunities for water managers and researchers

The EQS for ammonium is low because it is toxic for fish. Most water managers do concern ammonium as being a problem, but it is difficult for them to determine if fish kill during a hot summer day is caused by ammonium, low oxygen concentration or other water quality parameters or a combination of this. Another important issue is the occurrence of natural nutrient-rich groundwater in the Netherlands. This raised the question if compliance with the EQS can be reached if there are no anthropogenic sources of ammonium.

Further research is needed to quantify the natural background concentrations of ammonium in surfaces water bodies due to the discharge of this nutrient-rich groundwater. Especially the contribution of nutrient-rich groundwater to the surface water concentration is of concern which is typical for large parts of the Netherlands. In the end, most people agreed that the inclusion of ammonium in the PRTR is desirable. This is, however, only a part of the puzzle as dynamics of ammonium in surface water and the effects on the ecology should be studied as well.