In the new Bosatlas van de duurzaamheid (‘Bos Sustainability Atlas’), water utility Evides and KWR describe several inspiring sustainability initiatives: nature development in the water catchment area on Goeree island, smart sprinkling at the Sparta Stadium in Rotterdam, and reuse of industrial wastewater in agriculture in the Province of Brabant. The first copy of the atlas was presented on October 17 to Mariëtte Hamer, President of the Social and Economic Council of the Netherlands (SER).

By means of maps, infographics and photographs, the Bos Sustainability Atlas makes it clear how great the impact of humans on the earth has always been and how quickly it is accelerating. In ten chapters, the atlas addresses the essential aspects of the sustainability theme: climate change, resource depletion, loss of biodiversity and freshwater shortages in large parts of the world. But some bright spots are also presented: the atlas zooms in on sustainability initiatives by governments (Climate Act, CO2 tax and nature restoration), citizens (more cycling, more sustainable eating and home insulation), and businesses (installation of a hydrogen network, circular building and green chemicals). 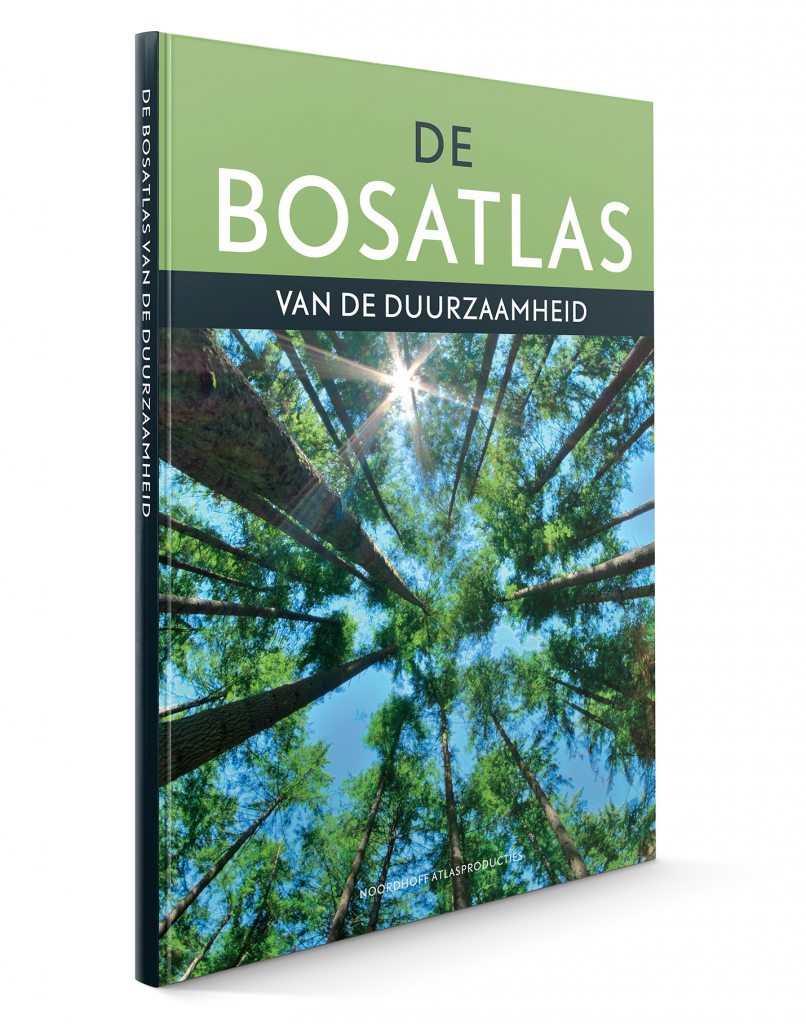 The contribution of Evides and KWR ranges from nature development to freshwater storage, and from water reuse to the reuse of lime from water treatment processes. The map in the background shows several more small sustainability initiatives in the Meuse river basin.

Rain water that falls on streets, squares and roofs can lead to flooding, which is the reason it is quickly discharged to the see. This is a shame. And this is why the Spangen district in Rotterdam captures the rain that falls on and around the Sparta Stadium. The water is then treated in a bio-filtration system and stored in the ground under the Cruyff Court. When needed, the clean water is then pumped up to sprinkle Sparta’s grass pitch and water the plants in the square.

Farmers are often confronted with water shortages. And this is probably going to occur more and more often because of climate change. But many industries actually have water left over from their processes. Instead of discharging this residual water into ditches and rivers, the Bavaria brewery in Brabant began recently to supply treated residual water to farmers in the vicinity. This is done by introducing the water into the soil using a controllable drainage system. This raises both the groundwater level and soil moisture.

Before drinking water is produced from Meuse river water, the water remains for a time in the dunes, including on the island of Goeree. This is part of the water’s treatment. Since the water catchment area of the Middle and Eastern Dunes was reorganised in 2000-2001, in part to improve the nature values, endangered species on the ‘Red List’ can be seen more frequently in the area. And the drinking water production now requires less maintenance and energy, and is less costly.

The Bosatlas: topical for everyone

KWR’s contribution to the atlas is part of our sponsorship policy. Under our motto of ‘Bridging Science to Practice’, we attach great importance to sharing our scientific knowledge and its application with as wide a public as possible. Not least, when it comes to the highly societally relevant issue of sustainability. At the start of 2020, the Noordhoff publishers will offer all secondary schools, in the name of all the parties involved, a set of atlases together with an associated lesson kit.