The workshop and concluding conference of the BlueSCities project, part of the Horizon 2020 programme of the European Commission were held on 13 and 14 December, during which – amongst other things – two tools were presented, namely the City Blueprint (developed by KWR) and the City Amberprint (developed by Montfort University). Combined, these frameworks form a complete picture for assessing cities in the areas of water, wastewater, climate adaptation, domestic waste, energy, transport and ICT. The Urban Water Atlas will also be published in February 2017.

The tools were presented with examples and discussed during lively sessions with representatives from the OECD, Energy-Cities, Patel University (USA), WssTP (link to our page), Unesco-IHE, JRC (as many links as possible) and many representatives from cities, in particular from Turkey. The central question was how these tools have to be used in the smart city policy of the European Commission, during which it was noted that water is not a priority on the agenda in that programme.

The afternoon of the concluding conference was spent discussing the follow-up. Now that the tools have been developed, the question is how they are to be used for and by cities in Europe, in what programmes and using what financial instruments. 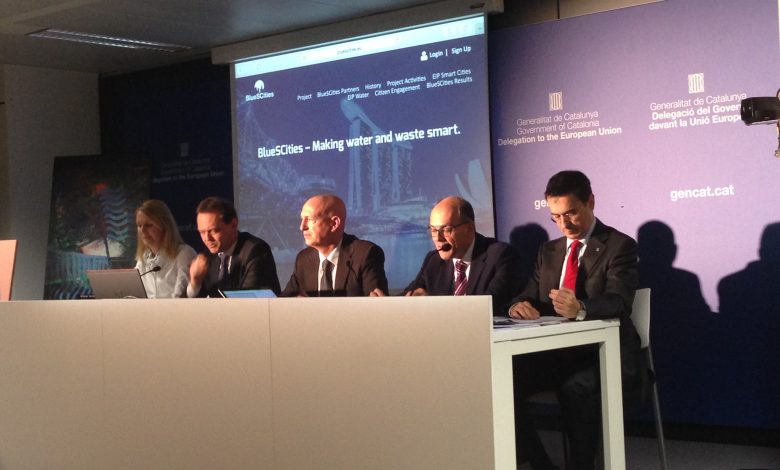 Professor Kees van Leeuwen of KWR speaking about the potential of the City Blueprint.