In a short mission of the Amsterdam Metropolitan Area to Argentina and Brazil from 15 to 21 June 2016, two cities were visited: the city of Buenos Aires and Sao Paulo. The mission,  led by the mayor of Amsterdam Eberhard van der Laan, had a clear scope. Amsterdam, now the European Capital of Innovation, was represented by a small delegation – ‘the golden triangle’ – with expertise on the topics of water management, urban planning and waste management. Dark days of recent history in both the Netherlands and Argentina came together in visits to the beautiful Casa Ana Frank with a focus on the education of children and teachers and the very impressive Parque de la Memoria in Buenos Aires. Our working groups on water, waste and urban planning confirmed the results of our own City Blueprint research on the challenges of water, waste and climate change in cities. The mission was a great success as the partnership with Buenos Aires will now take shape in the coming years and was agreed in a Memorandum of Understanding signed by the Mayors on 18 June.

The partnership with Sao Paolo was made official in 2014 and working groups further discussed the challenges of the megacity of Sao Paulo on infrastructure, water pollution, water scarcity, flooding, urban-rural co-operation and last but not least urban water governance. Concrete topics were selected by the working groups to further accelerate the learning-alliance between Sao Paulo and Amsterdam. Water and social inclusiveness also came together in the visit to the Cruyff Court Ermelino Matarazzo in Sao Paulo (see picture). 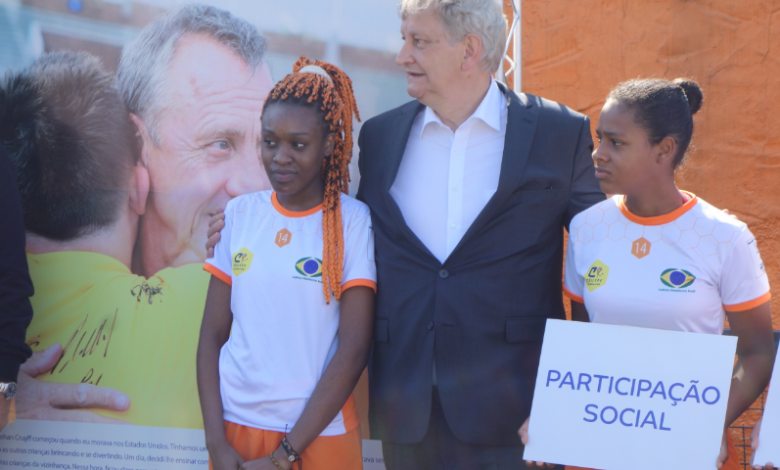