The surface water utilities in the Netherlands dispose of buffer capacities for their drinking water provision, which guarantee supply continuity for several weeks in the event of intake suspensions. This is the result of a review of the current situation performed by KWR. Factors that lead to an increase in drinking water demand, such as climate change, have an impact on buffer capacity.

Following the drought in the summer of 2018, KWR researchers were commissioned by Vewin to produce an overview of the current buffer capacities of the Dutch surface water utilities Dunea, Evides Waterbedrijf, Waternet, PWN, Waterbedrijf Groningen and WML. The previous overview was done in 2008. All surface water utilities dispose of buffer capacities that they can draw on for several weeks in the event of intake suspensions, brought about for instance by a deterioration in water quality. 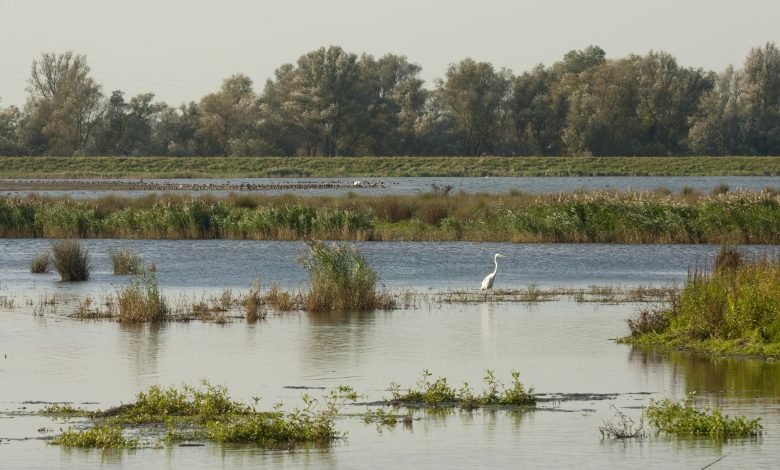 Zuiderklip in the middle of the Biesbosch, a depoldered agriculture area with numerous aquatic birds.

Apart from the buffer capacities, the report also addresses the possible reasons for (temporary) interruptions of surface water intake. The researchers point to the deterioration of water quality caused by the presence of problem substances, higher water temperatures or pathogenic microorganisms. Many of these reasons are directly related to climate change and the associated lengthy drought periods and resulting lower river discharges.

Besides climate change, other (near) future developments will affect the need for buffer capacity. The researchers mention the increase in peak water demand, demographic changes, increased use of pharmaceuticals, or the historical burden of substances that can leach from the soil into surface water.

The expectation is that the surface water utilities will in the future need to draw on their buffer capacity more often and for longer periods in their drinking water provision. It is important to research whether the current size of the buffer capacity will suffice in the event that the scenarios mentioned become reality.