The first 2020 knowledge-sharing meeting of the Hydroinformatics Platform was organised on 5 February, and dedicated to the theme of robotics. As technology progresses, robots are becoming increasingly advanced and useable, and this concerns the water industry too.

Robotics are mostly used in industry and logistics to carry out specific precise and repetitive tasks. Robots are fast, produce relatively little waste and can be used in places where – for safety reasons for instance – people can’t go. For the water sector, data collection constitutes an important initial introduction point for robotics. Unmanned aerial vehicles, or drones, are used in operational and maintenance work for example. Will the integration of artificial intelligence and robots make their full autonomy possible in the future? Discussions during the meeting covered general developments in the field, expectations for the future, and specific challenges related to the application of robotics in a drinking water environment. Ongoing initiatives and experiences to-date were also discussed. The event was hosted by Brabant Water. 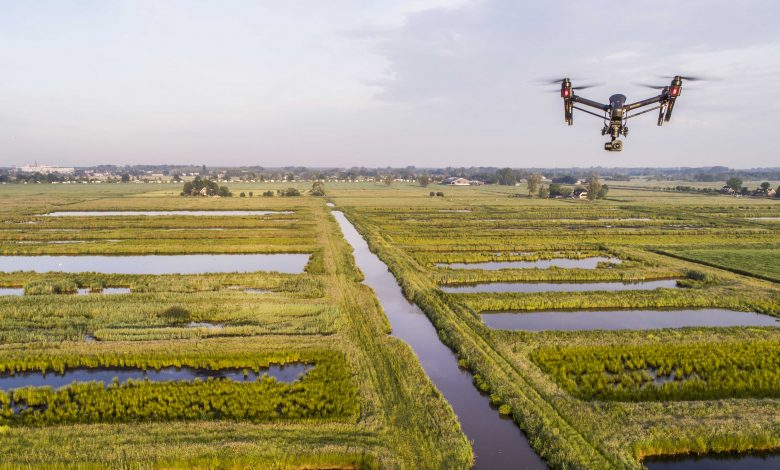 Several presentations given during the meeting illustrated the application of robotics in the water sector. Thus professor Simon Tait (Sheffield University) explained the Pipebots project, which is developing autonomous micro-robots for a comprehensive monitoring of buried pipe networks for the purpose of defect detection. The project’s goal is to tackle the problem of the failure of individual pipes, which is the biggest problem in sewer and water networks in the UK. If the new approach is to be economically feasible, the robots must be able to inspect 200 km of pipes daily; 100 times more than the capability of the traditional inspection team. The factors that need to be taken into account are: positioning and navigation in a buried pipe system, energy-efficient and reliable communication between robots and operator, robot propulsion and selection of the most suitable sensor technology.

An overview of the application of robotics, focussing on buried pipe inspections, was given by Peter van Thienen (KWR). This application involves numerous challenges, among others because the pipe system includes a wide variety of diameters, materials and orientations. With these new forms of inspection, a clearer view can be gained on the status of the pipe network, allowing for the replacement of pipes at the right location and at the right moment, so that unnecessary excavation work can be avoided. The presentation also included an explanation of the Ariel project, which developed a prototype of a segmented robot with an extensive freedom of mobility. A lot is expected from this and other forms of autonomous robots, which can be deployed more widely than today’s small vehicles on wheels that are manoeuvred remotely using a cable.

Robotization with a software tool

Ed van Leeuwen (Brabant Water) shared his experience with robot process automation (RPA): a completely different type of robotization, because it doesn’t involve a piece of physical equipment but a pure software tool, which automatically performs actions in the ICT system. Brabant Water uses a self-developed RPA which completely autonomously exchanges data between Excel tables and SAP. This type of robotization originated in the financial sector, where it has boosted efficiency. The extent to which this application is useful for drinking water utilities is being examined.

The use of aerial and aquatic drones in water management was explained by Alex van der Helm (Waternet). Waternet has been using these drones since 2013 in a variety of applications, such as dike monitoring, seepage detection, solar panel inspection, depth measurements and the detection of underwater obstacles. Additional applications are always looked at in response to operational issues, such as the measurement of water qualities upon the detection of muskrats, in which the drones collect water samples for eDNA analysis. This involves collaboration with outside parties, such as the prestigious Massachusetts Institute of Technology. In 2019, Waternet established a drone team, with certified pilots and a pool of eleven drones. Waternet shares its experience working with drones in a blog.

The day was fittingly closed with an ‘escape room’ in which participants, divided into two teams and using different innovative ICT techniques – BlockChain, IoT and Big Data analysis – had to search for keys and passwords. They did not succeed in cracking all the codes in time. 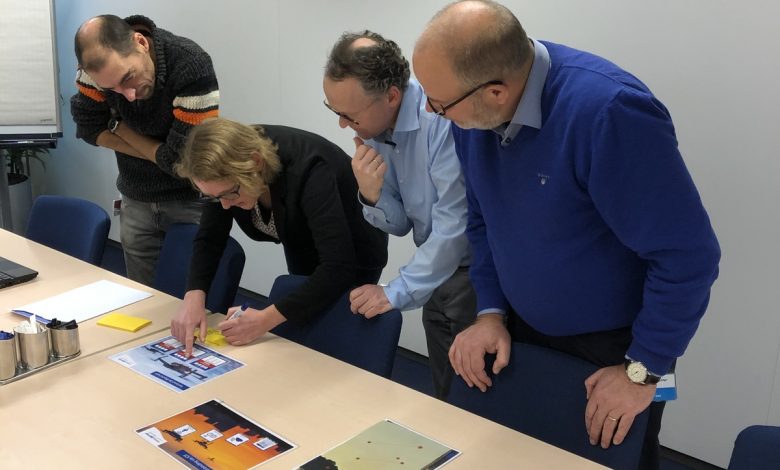 Team 1 in action during the escape room