Ground- and surface-water sources in the Netherlands are vulnerable to contamination by old and new plant protection products (PPPs) and their degradation products. This is shown in a survey study by the water research institute KWR, based on water-utility monitoring data for 2010-2014. The researchers found traces of several PPPs at the surface-water intake points for the production of drinking water and in water storage reservoirs. The concentrations measured at many sites included standard exceedances. Moreover, traces of PPPs or their degradation products were observed in the majority of the phreatic groundwater abstraction sites (i.e., sites where the groundwater is not confined by a claystone layer).

Drinking water in the Netherlands meets high legal quality standards thanks to the continuous treatment efforts on the part of the water utilities. The researchers argue that drinking water considerations should play a more important role in PPP policy, so as to limit the treatment effort required as much as possible, both today and in the future. This is also laid out in the Water Framework Directive: the quality of drinking water sources should not be worsened and should preferably be improved, so that a limited treatment effort will suffice.

The study confirms that the available data on the presence of PPPs in groundwater and surface water should be better used in the approval process of (new) PPPs. Over the last few years the number of PPPs approved for the Dutch market increased slightly to almost 850. It is also disturbing that various of the recently-approved products have already been found in groundwater and surface water. 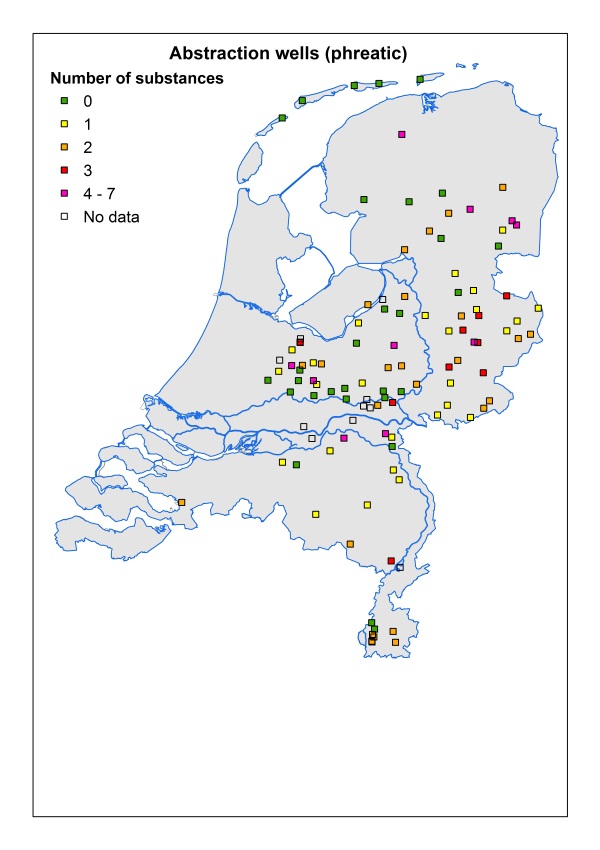