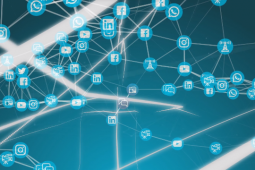 Research in the picture

How should the water sector deal with fake news?

According to recent reports the trustworthiness of research is in jeopardy. In the past we, as the scientific community, attempted to focus essentially on substance. We were busy extending the boundaries of fundamental knowledge. But over the last decades research has become more about the application of fundamental knowledge in socially and commercially important fields, such as the environment, public health, or in mass consumer markets like electronics. Every researcher continues to harbour the dream of making a scientific breakthrough. But the search is increasingly taking the form of a hunt. What matters is how novel something is. Whether your claim attracts attention or sinks into oblivion depends on the level of its plausibility. This is decisive for your status and your future – and often for those of your client as well.

At the same time the truthfulness of research is more and more a matter of public debate. This naturally doesn’t help the climate. In the most extreme cases the research is disqualified as fake news and the researcher accused of fraud. Fraud means the fabrication of data. This is not frequent. What is more frequent is the omission or the ‘analysing away’ of negative research findings. As a consequence, the replication of the original research methodology often produces different outcomes. The same applies to the reanalysis of the original data by another researcher. In short, there’s both low replicability and reproducibility. This can cause public confusion.

True-false controversies can also arise in the world of drinking water. Take for instance the scientific, ethical and legal discussions concerning the supply of drinking water in the American city of Flint. There is international consensus that the reliability of research is to an important degree a matter of the quality and verifiability of the different steps taken by researchers in the preparation, conduct, analysis and reporting of their work. Assuring these qualities demands major effort – in less remorselessness on the part of the scientist, and in the stimulation of functional repeatability on the part of the client. These cost money. At the same time one can see that the demand for transdisciplinary research is rising rapidly. This, too, costs money. Add to this the fact that research financing is becoming more and more complex and ‘matching’ has become the current magic word. ‘More and more for less’ and ‘everyone for himself’ seem to be the leading mottos of late. One of the consequences is a science that is hunted and dilapidated by market thinking. I don’t believe that replication and reproducibility requirements are easily fulfilled in such a world.

I would therefore like to suggest that it is not only research that needs to be looked at again, but that society must also take another look at its definition of the importance of research. Only in this way can we avoid regressing to a non-evidence based society in which the right to reason is confined to the background.

Reliable, verifiable knowledge arises in open contexts, contexts in which client and contractor maintain attitudes that are both critical and trusting. In this regard, we at KWR have had a good year. With the renewal of our long-term collaboration agreement with the Dutch and Flemish water sector, it is clear who our

partners will be as we, as a knowledge enterprise, structurally confront the challenges that we face. Together, we stand for high-value, reliable and societally-driven research within the themes of drinking water and water in the circular economy.  You’ll be hearing from us!

Selection of news from 2017