Urban areas are increasingly faced with temporary flooding caused by heavy rainfall, or water shortages due to longer drought periods. The conventional solutions aim in particular at rapidly discharging the water and at supplying water from external sources; both approaches are often expensive and unsustainable. How can we then retain rainwater in the subsurface of urban areas longer and more effectively? And can we subsequently make effective use of the water? We began researching these questions in December 2016 in the TKI Urban Waterbuffer project, within a wide partnership of knowledge institutes, engineering consultancies, suppliers, public authorities and end-users.

Water in de city: quite a task

Flooding is a frequent problem in urban areas. Because the surface is paved for the most part, the water runs off the ground and cannot easily infiltrate into the underground. The water flows out of the area via surface water bodies and sewer systems, and is therefore no longer available for later reuse. As a result, in times of water shortages, urban areas often depend on external water supplies. Built environments moreover hardly have the space needed for the harvest and retention of excess rainfall, because this can involve conflicts with other aboveground uses and/or expensive solutions.

The objective of the Urban Waterbuffer (UWB) is the harvest, treatment and longer retention of rainwater in urban areas, without creating conflicts with other surface functions. By using groundwater wells to infiltrate the harvested rainwater, and store it in deeper subsurface aquifers, the water remains locally available and can be recovered for use in times of need. This TKI project studied the degree to which the UWB can play a positive role in preventing flooding and in improving water supply in urban areas, with a view to the system’s wide application for a more sustainable, robust and climate-proof urban water management.

Exploratory research showed that a UWB can make a concrete contribution to the discharge of surplus rainwater and thus prevent flooding in urban areas. In the first phase of the TKI Urban Waterbuffer project, the location, water balance, preliminary design and expected costs were determined for the actual installation of UWBs for four cases (Rotterdam-Spangen, Rotterdam-hNI, Rheden and The Hague). The results showed that, particularly in the case of the targeted locations in Rotterdam and Rheden, the systems could make a concrete contribution in the short term to the discharge of surplus rainwater and thereby to flood prevention. From the end of 2017 until mid-2018, pilot systems were built in Rotterdam and Rheden and, through to the end of 2019 research was conducted on the performance of UWBs in practice.

In Rheden, the rainwater runoff flows from the Veluwezoom park in the direction of the motorway, where the water accumulates and causes water-on-the-street situations at the Lentsesteeg-Arnhemsestraatweg intersection. The UWB realised there is equipped with three infiltration sources and simple pre-treatment systems. Deep infiltration of rainwater runoff from a surface of ca. 11,000 m2 occurs through gravity flow. No use has so far been envisioned for the infiltrated water in Rheden. The benefits at the location are related primarily to the limited surface spatial requirements and the reduced load on the combined sewer system.

In the Spangen neighbourhood, despite the existence of a separate sewer system, heavy rainfall led to water-on-the-street situations. Furthermore, local residents wanted to have greener public spaces. And, with the Sparta football club, there was an end-user present that consumed lots of drinking water, essentially to sprinkle its artificial grass. With the UWB, the rainwater that falls on the stadium and surrounding paved surfaces is stored in a temporary buffer below a Johan Cruijff court. The polluted rainwater runoff is treated through a natural purification system, and then gradually infiltrated into the first aquifer. The stored rainwater is later recovered as a source of high-grade freshwater to sprinkle Sparta’s artificial grass, and for cooling through the water tower on the square next to the stadium.

Based on results and lessons learned from the exploration and from the first applications, the project studied whether and how the UWB should be implemented in urban areas, and what its hydrological, chemical, financial and spatial impact would be. These results, together with those of the pilots in Spangen (Rotterdam) and Rheden, have been quantified, documented and made available publicly in a handbook (www.urbanwaterbuffer.nl). In this way, a guide has been provided to interested end-users, advisors and suppliers.

The most important requirements for the realisation of a UWB are the existence of sufficient support, the presence of a water challenge, and an exploration of the possibility of subsurface water storage. If such an exploration indicates that a UWB is feasible, a design can then be produced. The UWB’s realisation involves paying special attention to a number of technical aspects, including the speed with which the peak precipitation loads can be infiltrated into the subsurface, the suitability of the recovered water for its intended use aboveground, and the most optimal layout for the pre-treatment. Besides a good design, good management remains a key to successful UWB implementation.

A successful implementation of an Urban Waterbuffer provides an integrated, climate-adaptive solution, which can address the challenges of flooding and water shortages, and can thus render urban water management more robust.

Read more about this project on the Urban Waterbuffer website. 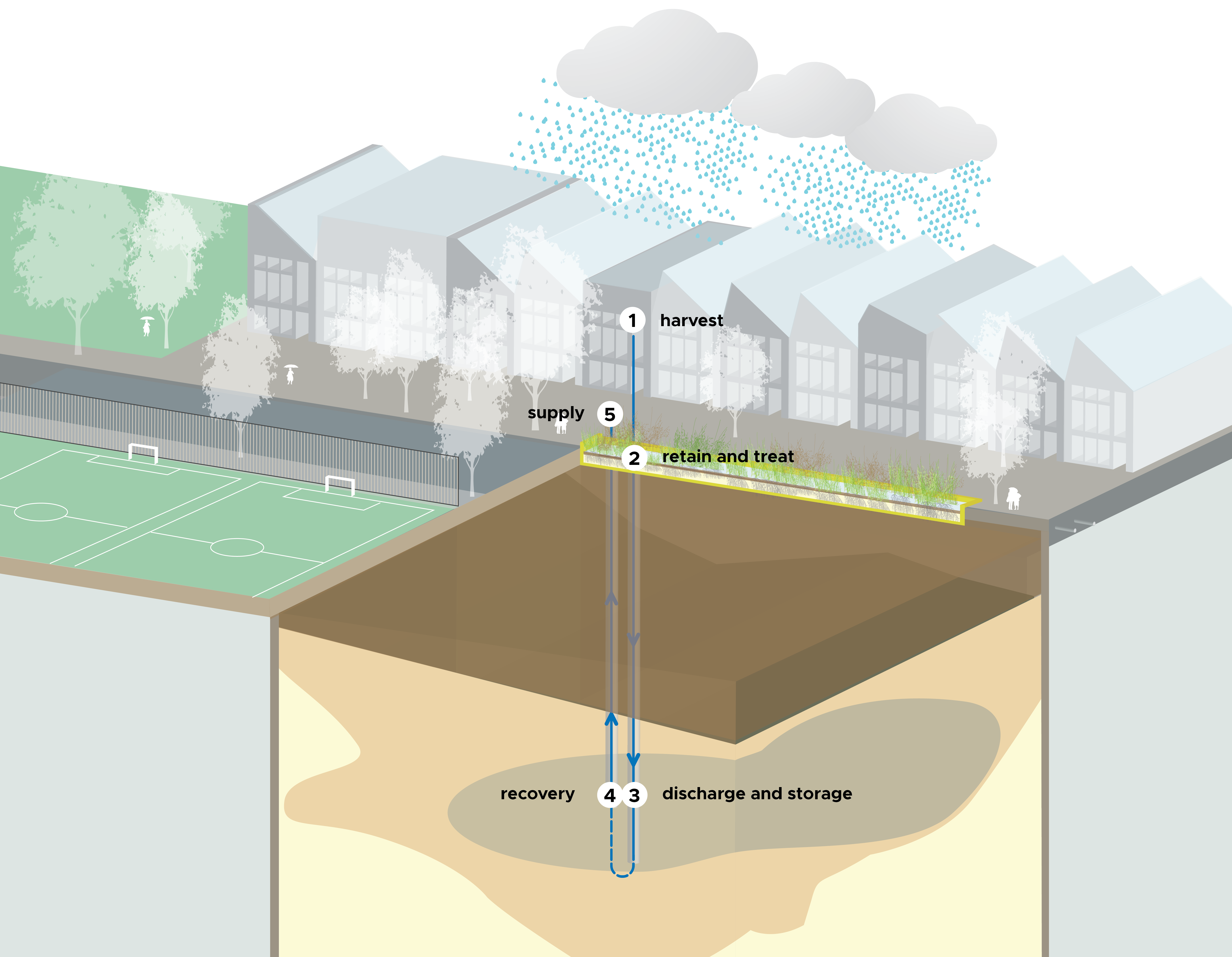 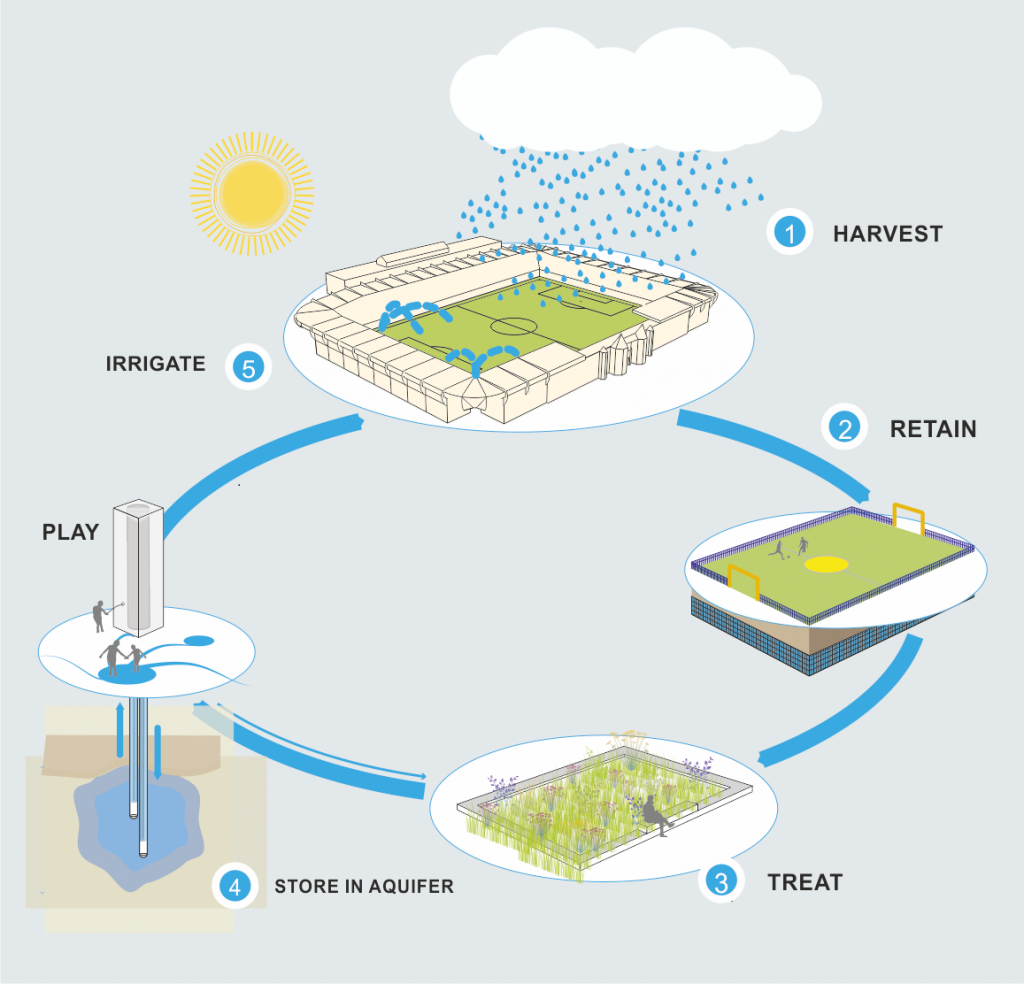 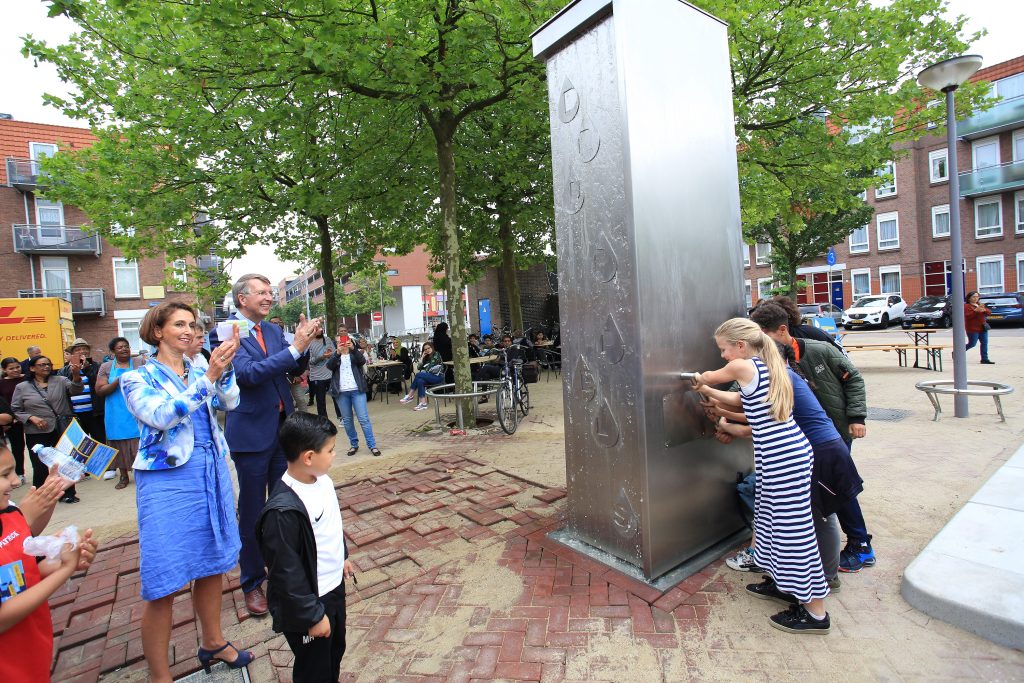