Open-loop aquifer thermal energy storage (ATES) is a technique in which groundwater in the subsurface is used for the temporary storage of heat and/or cold surpluses. Since about 25% of all energy in the Netherlands is used for heating and cooling buildings, ATES systems can make an important contribution to the energy transition. According to regular policy frameworks, 25°C is the maximum temperature at which groundwater may be injected. Because of our limited knowledge of the effects on the surrounding environment, heat storage at higher temperatures is only permitted in pilot projects. However, in a number of places, such as at the horticulture company Koppert Cress, much warmer water is available in the summer. Potentially, therefore, far greater energy savings could be achieved by injecting the water at these higher temperatures as well. The Province of South Holland, by means of a ‘green deal’, granted Koppert Cress permission to infiltrate water in its existing ATES up to a maximum temperature of 45 °C. The partners in this research project, Koppert Cress, Vyverberg, Bart van Meurs, the Province of South Holland, Brabant Water and KWR, jointly monitored the pilot over the last few years.

The research aimed, by means of the Koppert Cress monitoring programme, to gain an understanding of how to implement the transition of an ATES to higher temperatures of up to 45°C, and to evaluate the effects this has on the system’s performance and on the surrounding environment.

The infiltration with higher temperatures meant that better use was made of the sustainable residual heat available from the Koppert Cress company. As a result, over the last four years, operational costs were about 10% lower than was the case with a conventional ATES system, while the CO2 emissions decreased by about 70%.

The emission and cost reductions were partly due to the fact that the ATES system could meet a bigger portion of the heat demand – up to 100% for the greenhouse sections in which the heating system had been adapted – thanks to the higher injection temperatures combined with short storage cycles. In addition, the conversion of energy from the ATES to the greenhouse was much more efficient because, at the higher temperatures, the heat pump was deployed more than previously, and it also functioned more efficiently. So, it cuts both ways. Further increase in the storage temperature in the hot source (and thereby a greater amount of captured heat and an improved heat pump performance) will further improve the energy performance even more. Moreover, Koppert Cress also makes frequent use of short-cycle heat storage. This is an efficient form of heat storage, and therefore an effective means of optimising the ATES, without increasing the heat dispersion. The remaining CO2 emissions are actually related to the continued connection of some of the greenhouses to a gas heater. In the future, these emissions can be reduced by a better use of the available (residual) heat within the company, and by drawing on supplementary external sustainable heat sources, such as geothermal energy.

Effects on the surrounding environment

The analysis of the monitoring data at the Koppert Cress ATES shows that the increased injection temperature had a limited effect on the surrounding environment: 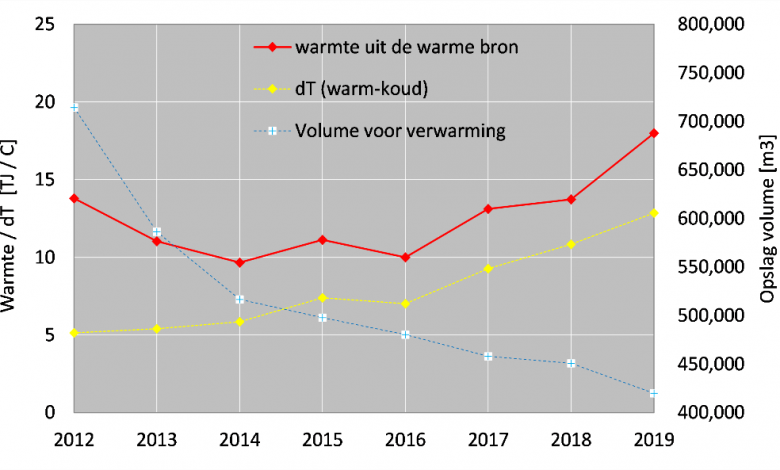 The required pumped volume of groundwater for heating dropped sharply over the years, while the ΔT between the hot and cold sources became much greater, resulting in a much larger net provision of heat with the ATES. 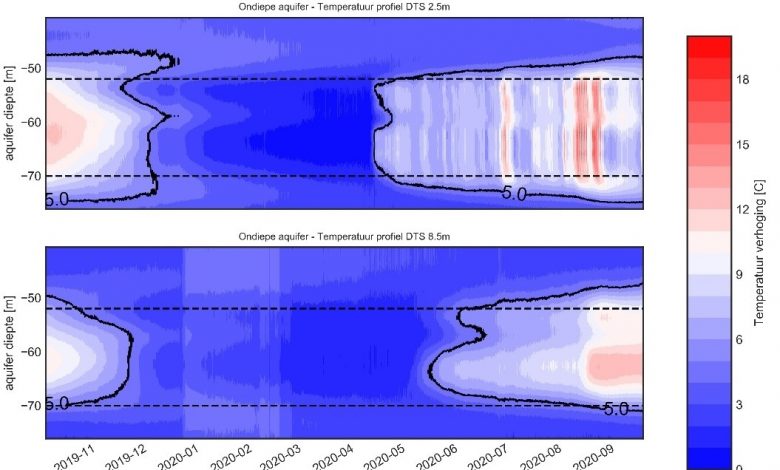 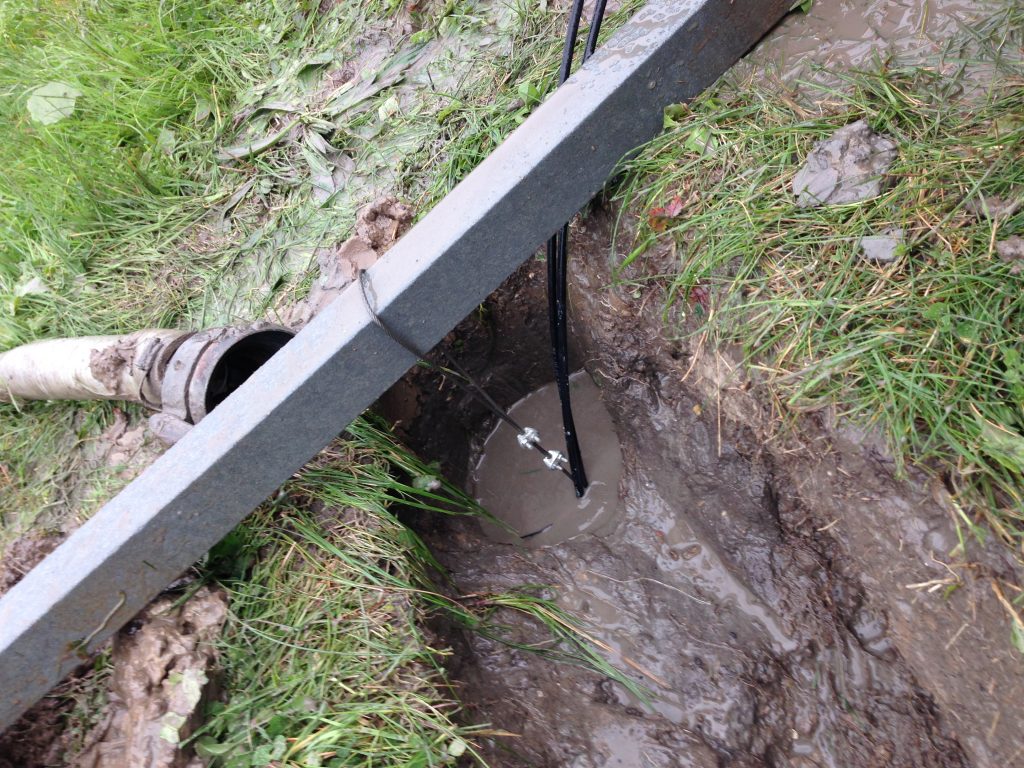 To get a clearer picture of the diffusion of heat caused by buoyancy, the project employs fibre-optic cables to acquire a high-resolution image of the subsurface temperature. This is the first application of this kind of monitoring in an HTO system. The pictures show the fibre-optic cable just before and after it is installed in the subsurface at a depth of 80m. 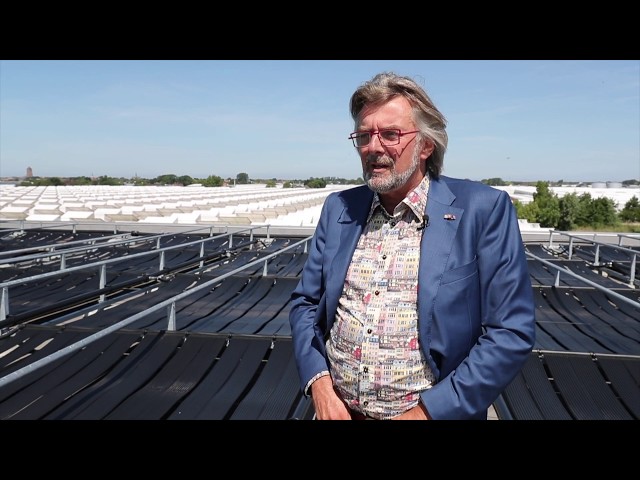 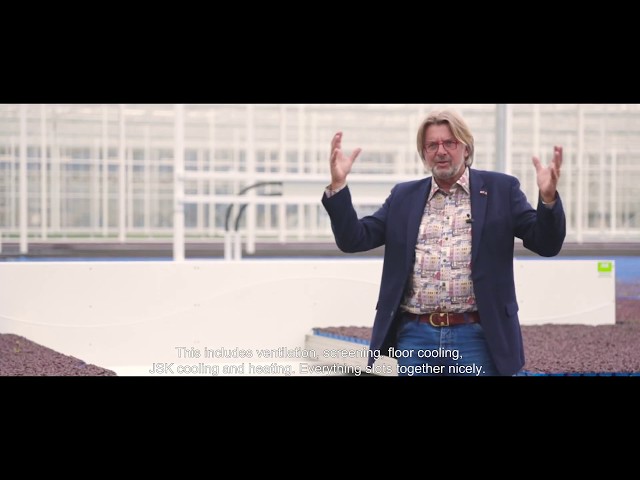