In this citizen science research project of KWR and the drinking water company WML, the clients of a water company are, for the first time, participating as researchers in a scientific study of drinking water hardness and lime-scaling. The research is being conducted at and around the WML pumping station in Pey-Echt. Besides knowledge about lime-scaling it will be giving us new insight into the socio-scientific value and significance of citizen science.

In the past, WML has had to deal relatively frequently with complaints about discoloured water in the region surrounding its pumping station in Pey-Echt. The complaints have been far more frequent than in other regions in Midden-Limburg, and also regularly accompanied by questions about the water’s hardness. To improve the water quality of this pumping station, in 2016 WML took measures and carried out works aimed at forestalling ‘discoloured water complaints’ in the future. The present citizen science research, in which WML and KWR will be working together with citizens in the collection of knowledge about the hardness and lime-scaling in this region, will help WML get a better idea of the impact in the clients’ home of the measures it took. WML knows precisely the level of hardness of the water that enters the distribution pipes; this research with and by the residents will give it greater clarity about whether the hardness level changes during the water’s transport in the distribution network.  Besides its more refined monitoring network, the project will also produce additional knowledge and experience about the (societal) value of citizen science for the sector and the client. For example, at various moments in the process, we question the participants about their motivation, experiences and perceptions. 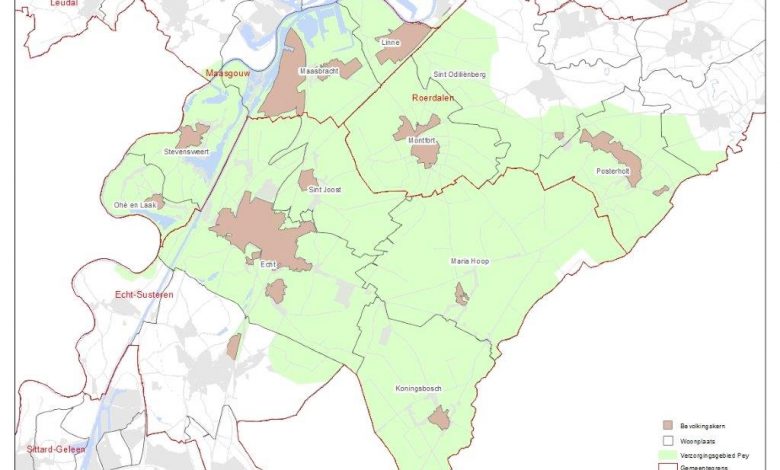 The green area is the supply area of WML’s Pey-Echt pumping station, which is the primary target of this research. In addition, a (smaller) group of residents from the immediate vicinity were invited to participate, although they receive their water from elsewhere.

Together with more than 130 citizen water scientists, KWR and WML will be researching the hardness and lime-scaling of drinking water. A unique aspect of this research is that invitations to participate in the project were sent to more than 1,000 selected addresses, which resulted in a very diverse group of participants. Using a simplified boiled water test and a ‘drop test’, the participants will determine the hardness and lime-scaling of their water. They’ll carry out drop tests once on water directly from the tap and once on boiled water. In this way, the participants will gain more insight into the composition of their drinking water, and WML will get a more refined monitoring network.