De Watergroep, Vrije Universiteit Brussel (VUB) and KWR join forces to study the Krijt chalk aquifer. This groundwater aquifer is important for the water utility De Watergroep, since it accounts for 22% of the utility’s drinking water production. To acquire a better understanding of the Krijt aquifer’s capacity and the impact of its different users, the partners are conducting research which should contribute to a sustainable exploitation. Among other things this will involve the development of a regional-scale groundwater model. The project is part of the Flemish-Dutch water knowledge development within the framework of the collective research of the water utilities.

Importance of the Krijt for water supply

De Watergroep produces around 140 million m³ of drinking water annually. Twenty-two percent of this volume is abstracted at 29 sites from the Krijt aquifer, an important aquifer in the provinces of Walloon Brabant, Flemish Brabant and Limburg. The aquifer is also used intensively for industrial and agricultural purposes. The Krijt aquifer reaches the surface in northern Wallonia around the axis of the towns of Waver, Waremme and the Jeker valley. In this area the aquifer is fed primarily by precipitation and is phreatic in character. Towards the north, the aquifer dips into the subsurface and is covered by young clay layers which confine the aquifer. Thus, the aquifer is at the surface in the Dijle valley in Sint-Agatha-Rode and appears at a depth of 96 m in Leuven, of 226 m in Aarschot and 150 m in Hasselt. As a result of this great depth the water is well-protected from influences from above; the Krijt thus constitutes a strategic aquifer containing very pure groundwater.

The characteristics of the Krijt aquifer can vary considerably from one location to another, and are only known for sites where pump tests have been conducted and where monitoring wells are currently installed. This means that our knowledge about the aquifer as a whole is relatively limited. We know that the permeability – both horizontal and vertical – differs a lot due to variations in the fissure patterns. However, because of the aquifer’s great depth only a few wells have been drilled and relatively few data are available.

From local to regional

Groundwater studies up until now have mainly been conducted on a local scale and each time researched a small portion of this aquifer.  De Watergroep, VUB and KWR have therefore decided to work together to determine the capacity of the Krijt aquifer on a regional scale, and to build a decision-making tool to determine current and future abstraction volumes. It is after all critical to avoid the abstraction of more water than the aquifer can sustain.

Groundwater studies classically involve building a groundwater model for purposes of scenario calculations. In this case, a groundwater model will be built for the Krijt aquifer and then be subjected to an exhaustive uncertainty analysis. This is statistically very complex and demands the simultaneous processing power of several computers. The results of the uncertainty analysis will subsequently be converted into a decision-making model, which will then enable the objective comparison of different pump scenarios.

This study will contribute significantly to the sustainable exploitation of the Krijt aquifer. 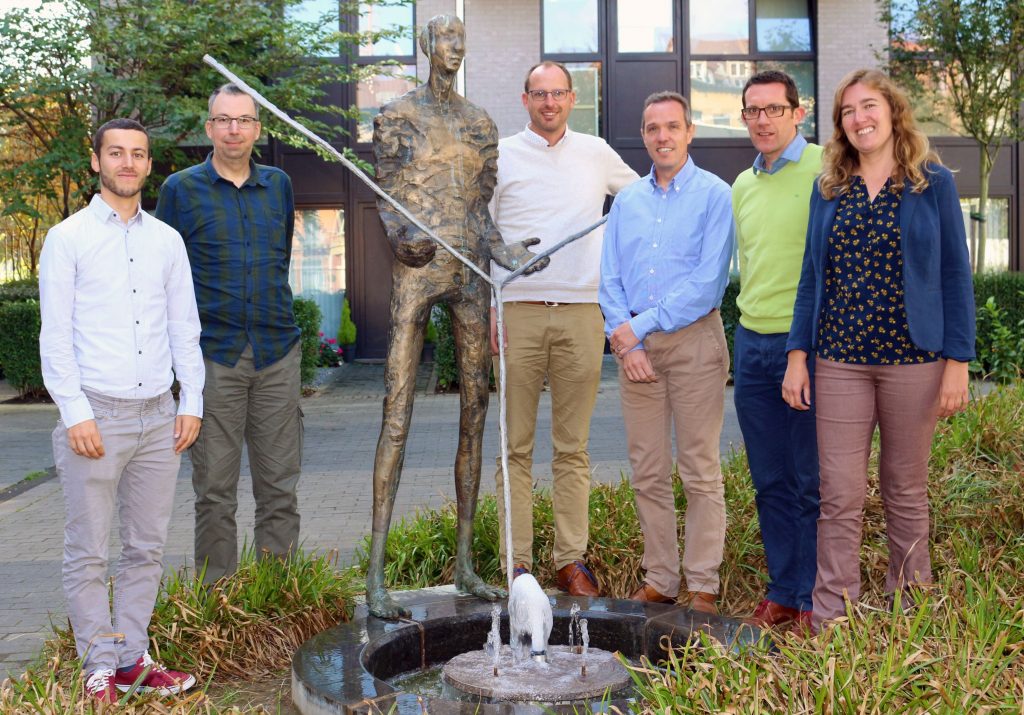