Effective asset management results in the optimal performance of the drinking water network. Such management requires a good picture of the condition of the pipes. However, the inspection techniques currently available for this purpose do not meet all requirements. A system of autonomously operating robots, which remain in the pipe network almost permanently, could contribute to improving knowledge of the network’s condition. In concrete terms, this means that the right pipe is replaced at the right time (avoiding premature replacement, which implies capital destruction, and late replacement, which can entail costly failures). Leakage losses are also greatly reduced by locating leaks in situ.

A Dutch consortium, consisting of seven drinking water utilities, KWR and Demcon Robotic Systems, is working on the product development of an autonomous inspection robot for drinking water pipes.

Over the next few decades, the Dutch water utilities will have to replace a considerable portion of their 120,000 km of water pipes because of pipe ageing and declining strength. In order to deal with this task in a cost-effective manner, information about the current state of each pipe is essential. This knowledge will make it possible to replace every pipe at the right time. This prevents capital destruction (premature replacement) and nuisance (pipe breaks due to belated replacement). For various reasons, the existing inspection techniques for estimating or determining the pipe condition – models on the one hand and in situ inspection on the other – are not suitable for large-scale application.

This project has developed a system of autonomously operating robots (AIRs, autonomous inspection robots). The robots remain permanently in the pipe network and are equipped with various sensors which, among other things, determine the condition of the pipes. The permanent presence of the robot in the pipe network reduces the number of operational interruptions, which always accompany other inspection techniques. The robot is designed for access to (almost) all pipes with diameters in the range of 90-315 mm, which constitute two-thirds of the Dutch drinking water network. The robots collect – 24 hours a day, 7 days a week – the data asset managers need for their pipe replacement decisions, chart the pipe network more accurately and actively detect leaks.

Drinking water utilities are already deploying inspection robots around the world, but these robots are not autonomous and they do not meet all the requirements of the sector. AIR is a game-changer in asset management of the distribution network: its Unique Selling Point is that most of the inspection costs (removal, downtime, displacement and insertion elsewhere) per contiguous area are very low, and the robot can go anywhere 24/7. Inspection costs per km are reduced by a factor of 20 compared to existing robots. Frequent (yearly, quarterly) inspections thus become commodified and data repeatable.

Further development of AIR will be carried out under the banner of SubMerge b.v., which was established for this purpose. 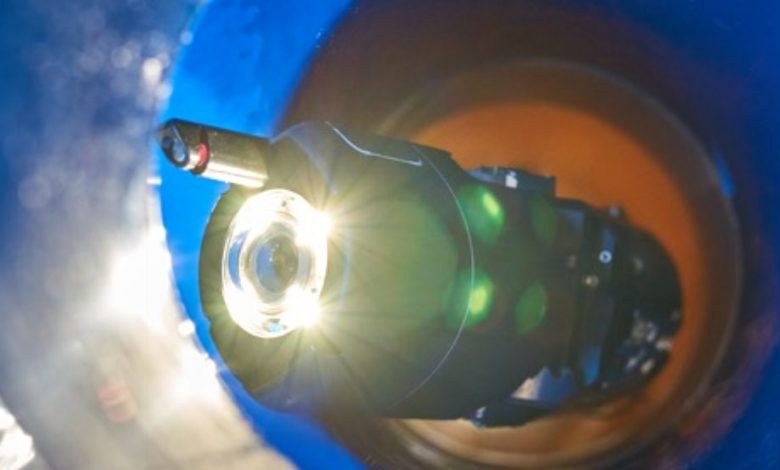