Aquifer thermal energy storage (ATES) is being increasingly employed in the Netherlands and elsewhere as a means of saving energy. The groundwater used in these systems often contains dissolved iron; and the oxidation of the iron can cause clogging in the abstraction and infiltration sources, which is obviously undesirable. Subsurface iron removal can prevent these problems. This technique has for my years been successfully used in the production of drinking water, and it also offers prospects for other sectors that face problems in the use of ferrous groundwater. This project researched the application of subsurface iron removal for ATES systems. 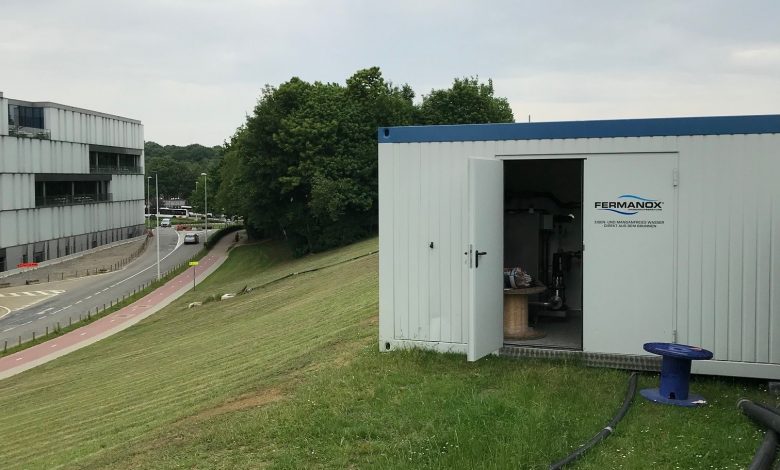 ATES geothermal energy systems do not function well when their groundwater sources are clogged. This clogging can occur for instance when groundwater of different compositions is mixed during abstraction, leading to iron oxidation and precipition. By removing the iron from the groundwater before it is pumped up, one can control well-clogging problems caused by iron precipitation. This can be done relatively simply by means of subsurface iron removal: a technique in which the first step involves the injection of oxygenated (aerated) water into a groundwater well. The oxygen reacts with the iron in the groundwater, which precipitates in the soil in the form of rust. Iron-free groundwater can then be pumped up, usually through the same well. The volume of groundwater is many times larger than was the case prior to the injection of the aerated water. The injection-abstraction cycle is then repeated. This technique has been successfully applied in drinking water production for many years. Subsurface iron removal also offers prospects for other sectors that encounter problems in the use of groundwater that is rich in iron or manganese.

This project’s challenge was to find a sustainable solution for existing ATES systems that face problems with chemical clogging caused by iron precipitation. To this end, a pilot was carried out on the ATES system of the Universitair Ziekenhuis (UZ) Leuven (Belgium). This system was installed over six years ago following a successful trial with two test wells. However, the system never worked properly following the test phase. Right after the installation the formation of ferric hydroxide precipitation already began to cause clogging of the infiltration sources. In this project we studied whether subsurface iron removal can control the well-clogging problems.

To produce the desired solutions, one must take into account the fact that an ATES system is quite different from a drinking water abstraction system. This means that the implementation of subsurface iron removal has to be set specifically within the framework of an ATES system. On the one hand this raises substantive knowledge questions regarding differences in the chemical composition of the groundwater. And, on the other, it also involves more operational questions related to the cyclical abstraction and infiltration of water and their control. A key area of concern is the long-term storage of water in the subsurface. There is moreover the requirement that the abstracted groundwater not contain iron at any time, since additional iron removal at the surface – which is common at drinking water utilities – is not an option in ATES systems. 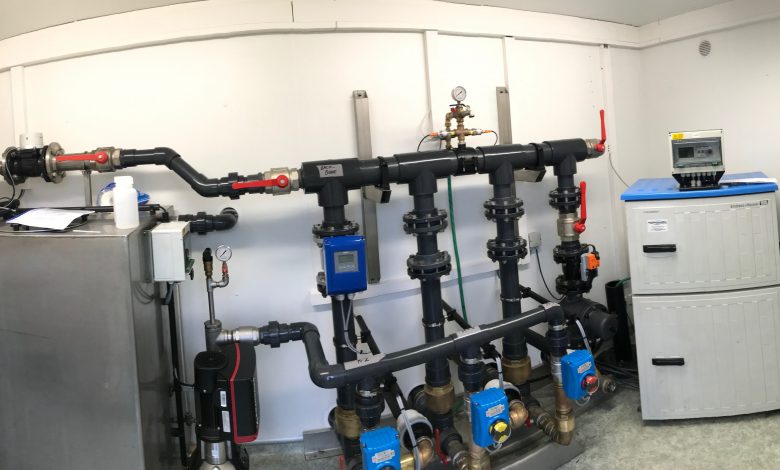 This project focussed on the operation of subsurface iron removal in ATES systems in practice, and on how it can be optimally controlled to ensure a long-term stable situation. A pilot was set up and conducted to determine the possibility of pumping up the iron-free groundwater from the cold sources of the ATES system. This was done by means of a temporary Fermanox installation, after which the groundwater was infiltrated for a lengthy period into the heat sources. The pilot clearly demonstrated that with subsurface iron removal, iron-free groundwater can without any problem be pumped up, with no deleterious effects on groundwater quality. On the basis of these results, the UZ Leuven decided to install a permanent subsurface iron removal system. The hospital’s ATES system might subsequently be equipped with more heat and cold sources.

A second objective of the project was to assess whether subsurface iron removal could contribute to the realisation of ATES systems in areas where they were usually not considered appropriate, because of the occurrence of chemical well clogging with iron. To this end, on the basis of groundwater quality data from Flemish monitoring networks, an initial risk map was made of the occurrence of iron and/or manganese oxidation in water abstracted from the phreatic aquifer. This mapping indicates that well clogging could occur in large areas of Flanders due to the mixing of nitrate-containing and ferrous groundwater. However, in these areas subsurface iron removal nonetheless offers the possibility of realising ATES systems. 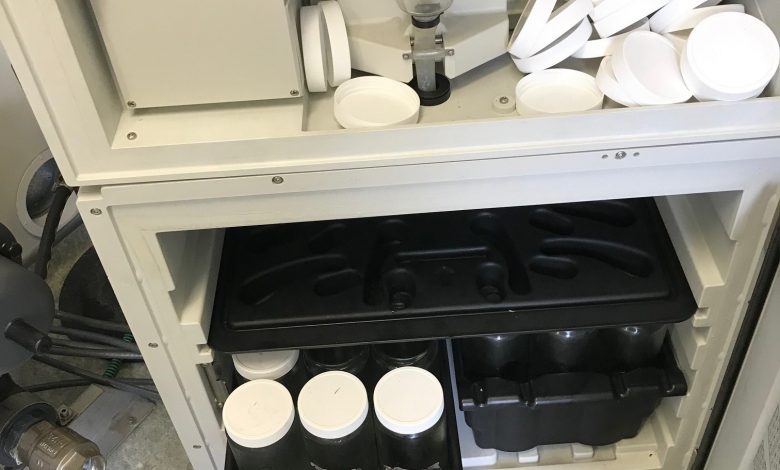 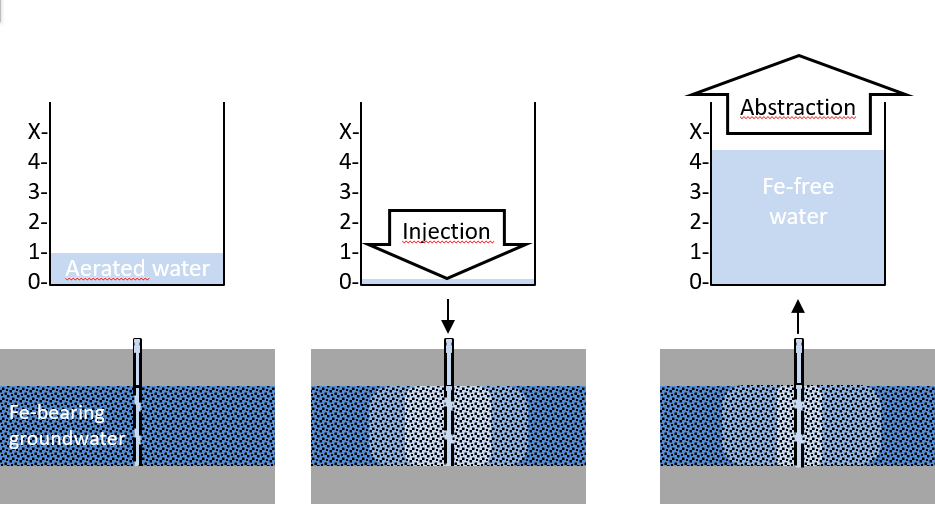 The three basic steps of subsurface iron removal (from left to right): Aeration of a volume of water, injection and extraction of iron-free water.