Fifty Amsterdam citizen scientists took part in the Freshness of Water field pilot, after having been selected during a short but successful recruitment campaign on Facebook. These individuals not only sampled their drinking water in various ways, they also worked at home on growing and counting bacteria. During the course of the research they continuously received new research results to which they could respond. Social scientist Stijn Brouwer says that ‘for KWR citizen science is an interesting way of connecting with the citizen. It fits in with our socio-scientific research into the position of water companies in a changing society. One of the changes is the growing empowerment of citizens.’ Although many people consider water a low-interest product, KWR’s research shows that water company customers are becoming increasingly aware and engaged. ‘By working together with citizens in collecting knowledge,’ says Brouwer, ‘we also get a better understanding of their desires and needs. For the water companies these citizen scientists can become drinking water ambassadors. One nice result of this project is that, despite the fact that the participants discovered that their drinking water contains a great variety of bacteria, their trust in the drinking water quality and in the water company has grown.’ 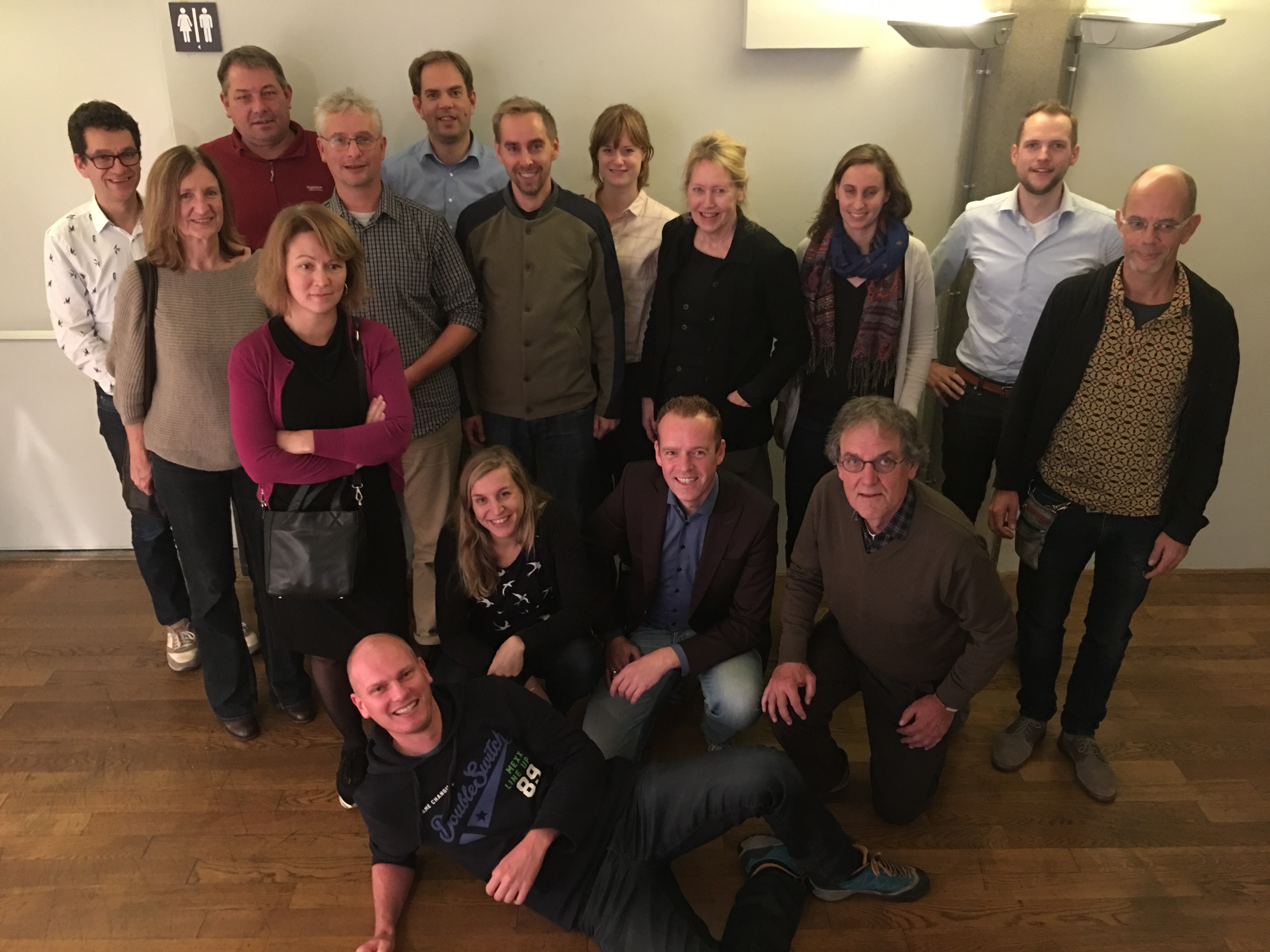 For project manager Jos Frijns ‘this project could also have been conceived by an active citizen or organisation, outside the ambit of the water company or of science. If such an outside source had then revealed that drinking water contains numerous bacteria, and we had responded that we were already aware of this and that it presented no problem because there are no pathogens among them, then we’d find ourselves in a defensive position: we’d be one down from the start. If only for this reason, it’s good that we have been able to use this project to discover what citizen science means. And we are going to take it further, together with the water company. It would be great if this were to enhance the scientific awareness of citizens, and thereby their trust in our research as well.’ 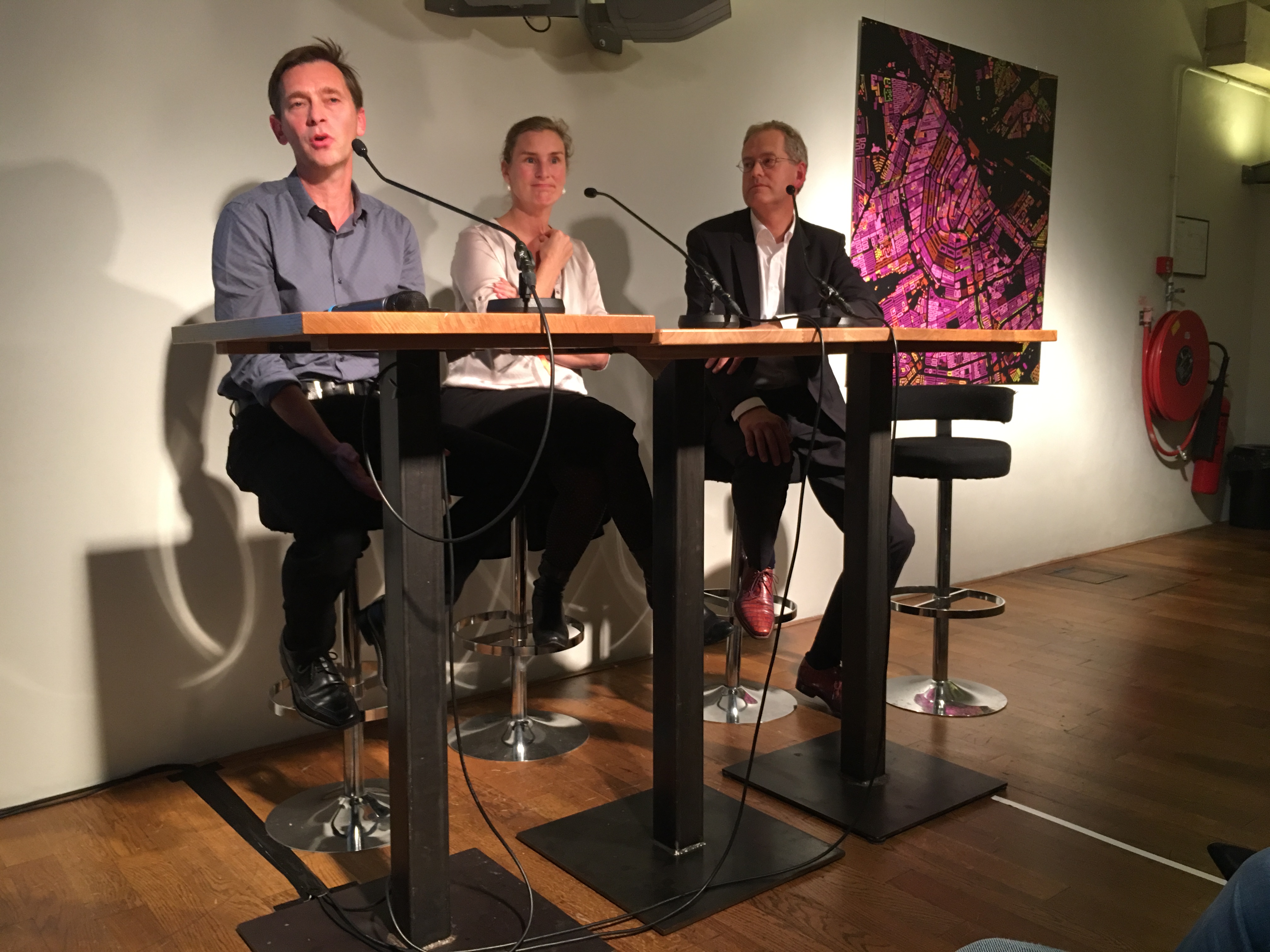 Apart from its socio-scientific objective, the citizen science project also had a scientific one. The key research questions KWR microbiologist Paul van der Wielen wanted to see answered by the project were:

To answer these research questions the citizen scientists sampled their drinking water early in the morning before any drinking water had been used in the house, then five minutes after the water had been left to flow from the tap (so that the sample would be taken from the distribution system at street level); they also took an own water sample which usually involved drinking water that had been stored for a while in a bottle, glass or bidon. The citizens themselves grew the bacteria from these samples and recorded their numbers, while KWR determined the total bacterial count and the bacterial composition. The institute did the latter using Next Generation Sequencing, which enables the classification of millions of bacteria at the DNA level. 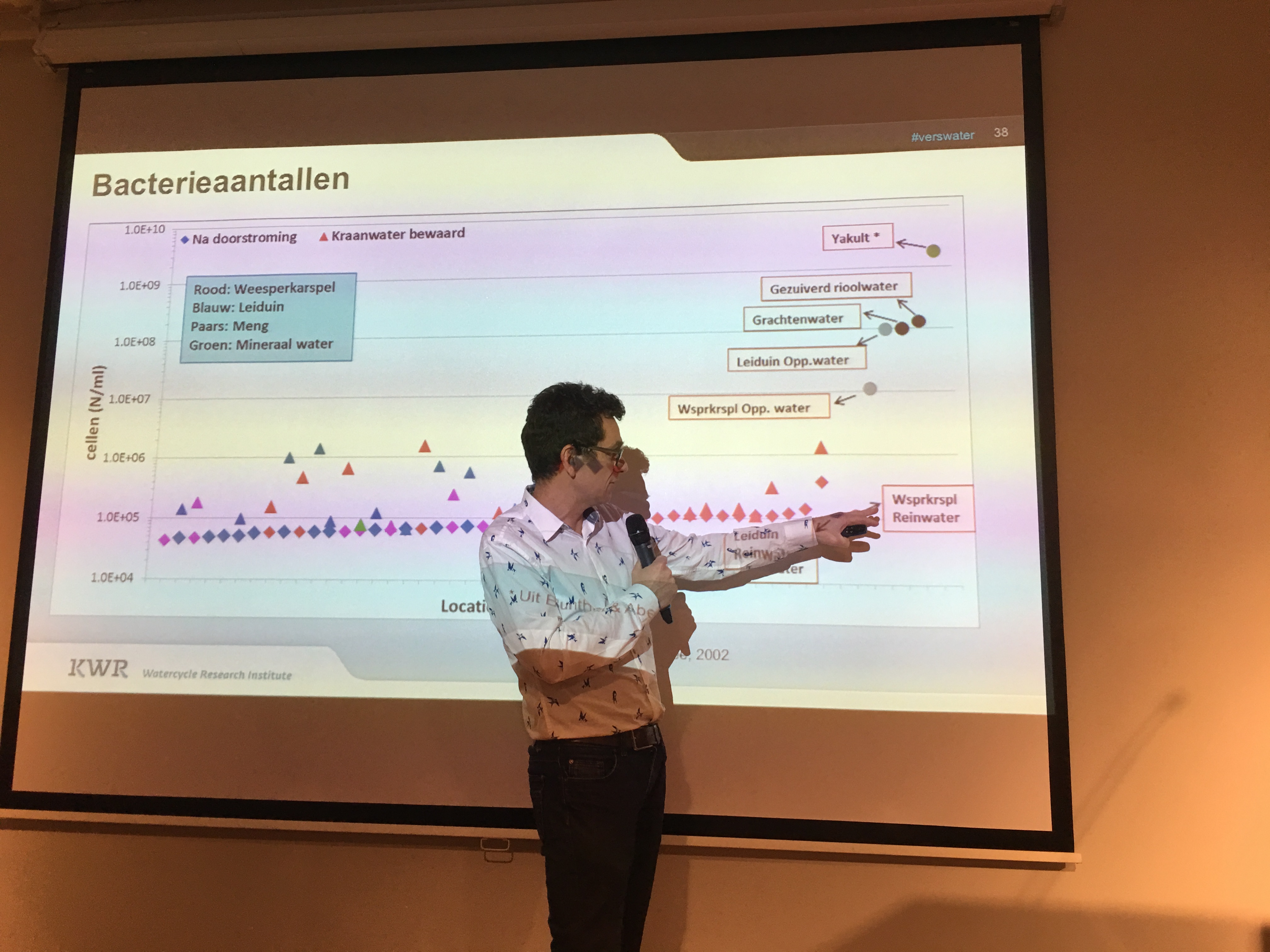 Few bacteria in the water

The results of the tests show that the biomass and total count of the bacteria grown by the citizen scientists were low in the case of drinking water samples taken after a five-minute flow. These parameters increase slightly when the drinking water has resided overnight in the home’s drinking water installation, and increase significantly when the water is kept in a bottle, glass or bidon.

But of a great variety

The results of the Next Generation Sequencing show that Amsterdam’s drinking water contains more than 51,000 bacterial species, which is a lot more than are detected in other countries where the drinking water is chlorinated. The drinking water sampled immediately or following a five-minute flow contained bacteria that for the most part (30-50%) are still unknown, so we don’t know what function  they have in the drinking water.

Hardly any change during transport

The research results led us to conclude that involving citizens in water sector research both works and is worthwhile. Moreover, partly thanks to the efforts of the citizen scientists involved, we can conclude that drinking water is a fresh product, which changes when it is kept in a bottle, glass or bidon. Despite these changes, it is still safe to drink water kept in this way, but the tap remains the best source of the freshest water. 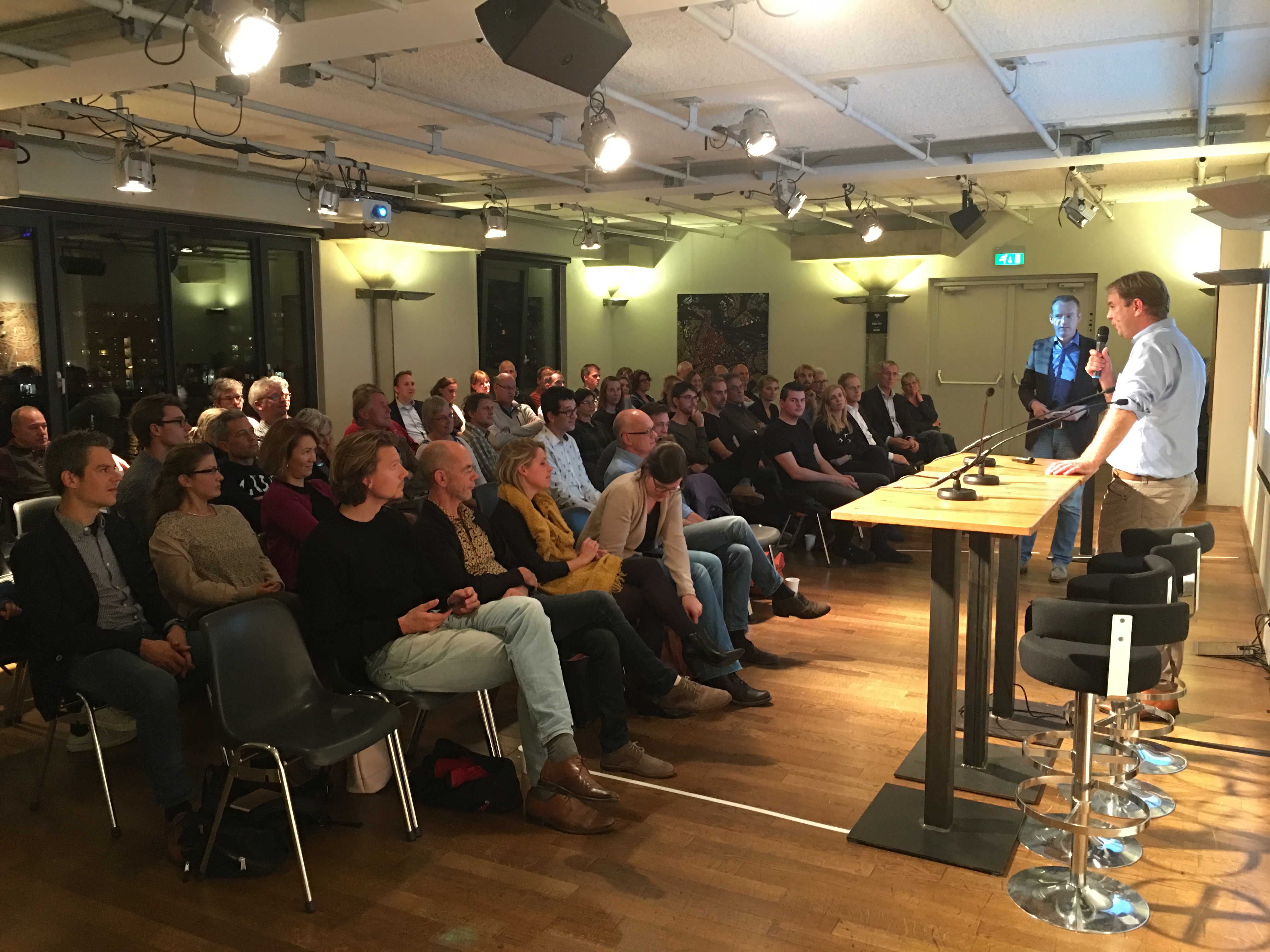 Stijn Brouwer speaks about the initial socio-scientific insights delivered by the field pilot.