In 2014, PWN designed, built and put into operation a new water treatment process (Andijk III), which makes use of SIX® [an innovative anion exchange (AIX) process] and CeraMac® (an innovative ceramic ultrafiltration membrane process). The removal of natural organic matter (NOM) with SIX® involves a number of advantages for affiliated processes. The application of AIX/SIX® generates a spent regenerant stream that is rich in NOM and salts. This is difficult to discharge or process. The spent regenerant can also contain, apart from NOM, organic micropollutants and heavy metals from the source. The resultant regenerant is currently being infiltrated on-site. The procedure received official approval for a period of three years. PWN is looking for a more sustainable and technologically advanced solution.

A BTO research project (TG DTT) into possible solutions for regenerant streams revealed that (double) electro-dialysis (ED) is especially promising as a means of treating the spent regenerant stream. Lab-scale tests show that it is possible to use ED to separate the spent regenerant stream into a saline stream, which can be reused as a regeneration fluid, and an NOM stream, which has an extra residual value as a soil improver. PWN Technologies researches the feasibility of selling the organic matter in the regenerant as a soil improver, which would make infiltration unnecessary (outside the scope of this project). For both regenerant infiltration and processing it is important that the concentration of organic micropollutants and of heavy metals be known.

The challenge is to obtain a high-quality, pollutant-free NOM product (soil improver) from spent anion regenerant streams using electro-dialysis (ED) (acronym: NOMixed). A long-term ED pilot was begun at the start of the project and provided data for the decision on and the design of a full-scale ED installation. Fouling of the ED membranes occurred, which then prompted the start of separate research. A chemical analytical measurement method was developed in parallel, for the purpose of measuring the organic micropollutants in the AIX spent regenerant and other important water streams. This will allow for a mass balance to be made of the organic micropollutants in the cycle and in the treatment. 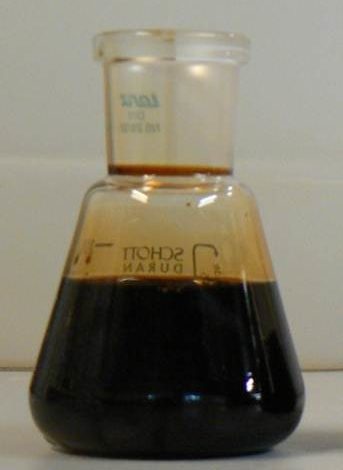