Roberta Hofman has won the 2017 Willem Koerselman Award for her paper ‘Plasma-liquid interactions: a review and roadmap’, which was published in September 2016 in the journal Plasma Sources Science and Technology. The paper describes the current situation in the field of plasma technology and the current applications, and offers a glimpse into the future possibilities offered by plasma technology.

The paper’s success can be explained in part by its broad approach and the wide range of authors. Apart from Roberta Hofman, the paper was co-authored by 40 other individuals from 15 different countries. Between its publication in 2016 and the cut-off date for the 2017 Willem Koerselman Award (28 February 2017) their paper was cited 42 times.

For the second time

This is the second time that Roberta Hofman has received the Willem Koerselman Award. She also won it in 2013, together with Bas Wols. As in this year’s case, the subject then was the conversion of organic micropollutants in water using advanced oxidation. This year’s award-winning paper was written following an international Lorentz Workshop which Hofman, together with several other co-authors, organised at the Lorentz Center of Leiden University in 2014. That this article was cited so often shortly after its appearance (currently the count is already 77), is probably because it provides a broad overview of the state of research and technology in the field of the production, properties and applications of plasmas.

The Willem Koerselman Award is presented every year by Chief Science Office, Gertjan Medema, to the KWR researcher(s) whose peer-reviewed paper was most cited over the preceding year. The award is handed to the winners by their former colleague Willem Koerselman, after whom it is named. Koerselman received the first Willem Koerselman Award in 2009 for his 1996 paper ‘The vegetation N:P ratio: A new tool to detect the nature of nutrient limitation’ which was published in the Journal of Applied Ecology. The paper still attracts citations and has, so far, been cited 1033 times. 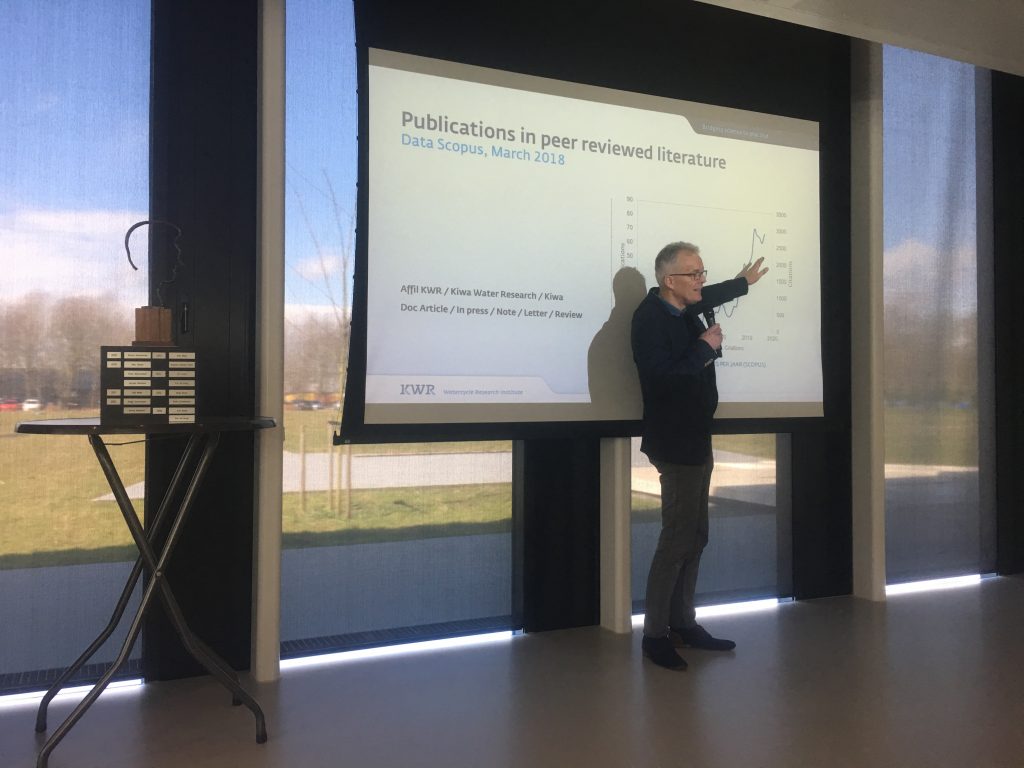 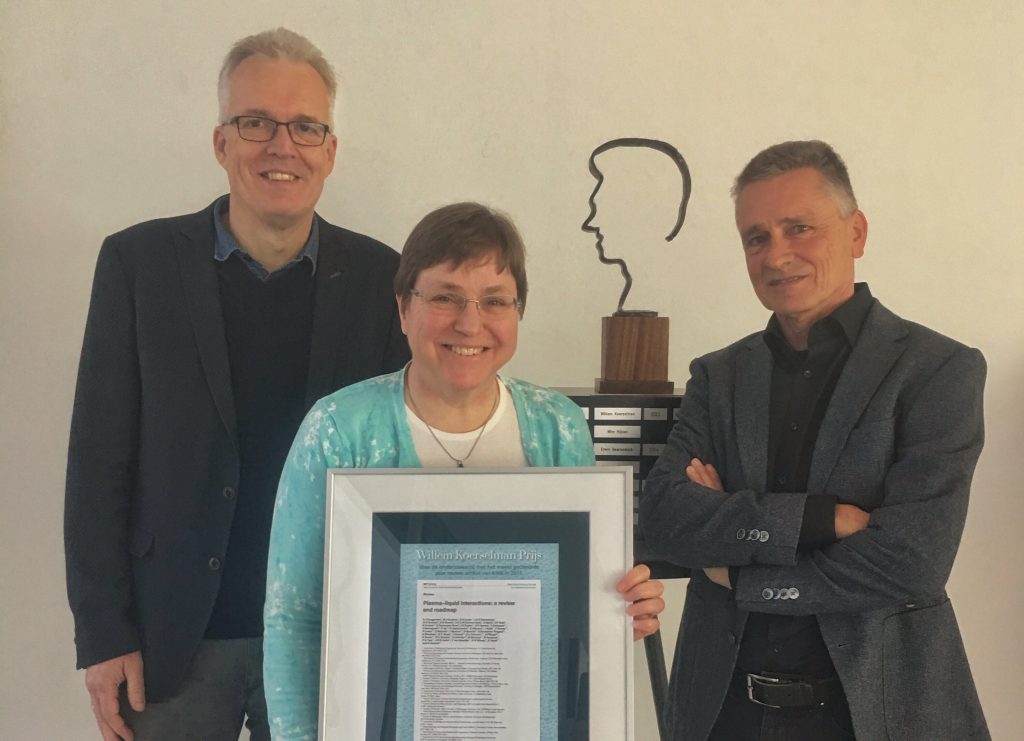