The use of pure water for the production of hydrogen to serve as an energy carrier in a future hydrogen economy implies only a slight increase in drinking water demand, while significantly contributing to a circular economy. This is one of the conclusions of exploratory research into the hydrogen economy that KWR has carried out on behalf of the water companies.

As our society increasingly transitions to renewable energy sources, the expected ultimate outcome will be an all-electric society: a society in which hydrogen – alongside electricity – will be an important and dominant energy carrier. Water plays a crucial role in such a hydrogen economy, since highly purified water is needed for the production of hydrogen by means of electrolysis. Over the past few years, KWR has carried out exploratory research into the hydrogen economy within the joint research programme for the water companies (BTO).

Slight increase in drinking water use

The research results show how drinking water in the self-sufficient residential neighbourhoods of the future can be used for hydrogen production. It is estimated that this would require only 2.2% of the 2014 drinking water demand levels. It would therefore not result in a big increase in the use of drinking water. As an extension of their supply of drinking water at the neighbourhood level, the water companies could actually start providing highly purified water for the local production of hydrogen, which would make use of surplus electricity from the neighbourhood’s solar panels. Large-scale wind and solar parks outside of cities also need highly purified water for hydrogen production.

This exploratory research is at the basis of the project Power to X which was launched last week, and provides a guide for further KWR research into ways in which different sectors can jointly contribute to a circular economy. 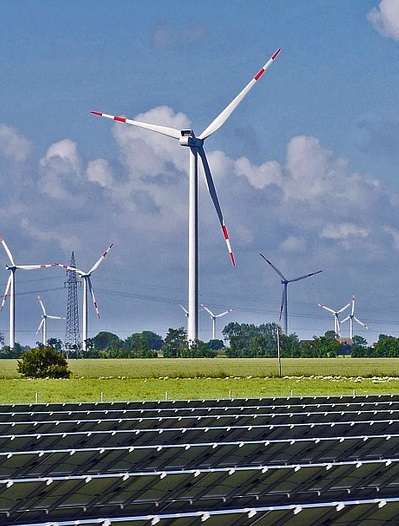