The board of the European Water Platform WssTP has named Theo van den Hoven, who is Manager of the International Research Programme at KWR, Honorary Member. Van den Hoven is the first person to be granted this special distinction. WssTP President, Tomas Michel, presented the distinction at the well-attended Awards Dinner of Water Innovation Europe 2017.

Theo van den Hoven has been a member of the WssTP board since the platform was established in 2007, and over the past six years has been its vice-president. During the period the platform’s membership has grown from 12 to 178, with a broad representation from all segments of the European water sector. The expanding partnership has increased the clout of the sector, not only in dealing with the huge challenges that it faces, but also in mobilising the resources required in this effort from the European Framework Programmes.

A shared passion for water

During the Awards Dinner, WssTP President Thomas Michel thanked Theo van den Hoven for his vision and instrumental role in the development of WssTP, as we know it today, and for his commitment to the European water sector.

WssTP Director, Durk Krol, added: ‘Theo van den Hoven was a cornerstone right from the start of WssTP, and has been of service to the European water sector in fulfilling various roles and responsibilities within WssTP. Over the past ten years he has represented the research community on WssTP’s board, of which he was also vice-president.’

In his acknowledgements, Honorary Member Van den Hoven emphasised the value of collaboration in research and innovation. ‘It is extremely inspiring to work together with people with such varied backgrounds, but who have a shared passion for water. WssTP feels like a family.’

KWR’s CEO, Wim van Vierssen, succeeds Theo van den Hoven as a member of the board representing the research community and as vice-president of WssTP. Read about Van Vierssen’s ambitions for WssTP in this column. 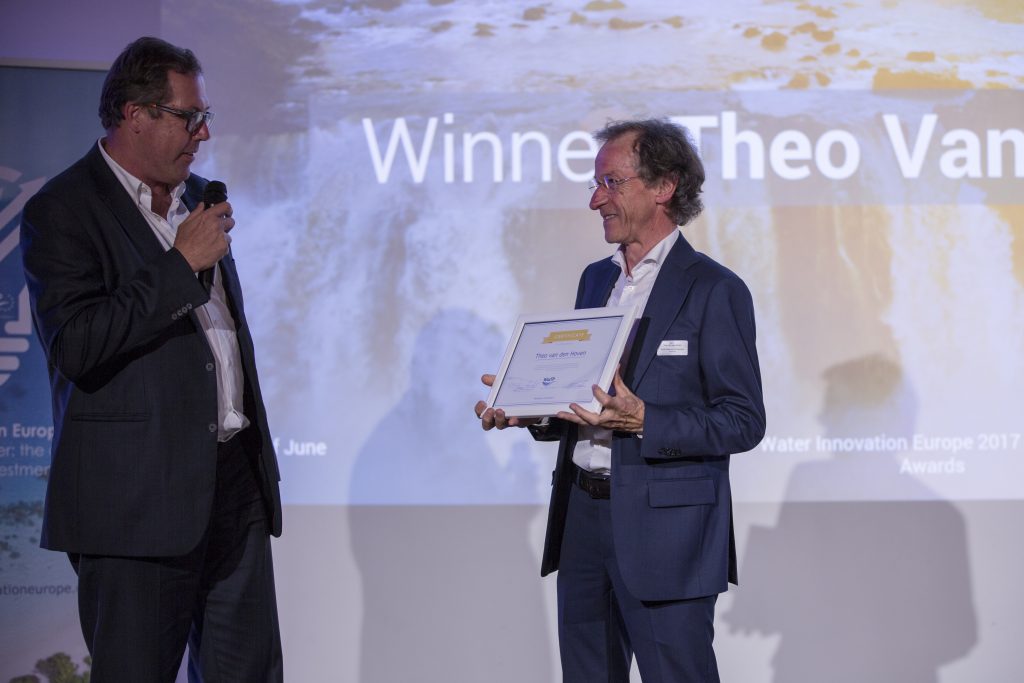