European legislation on chemical substances (REACH) primarily focuses on substances that do not easily break down and are therefore Persistent (P), that accumulate in organisms (Bioaccumulation, B) and that have an effect on organisms (Toxicity, T). This PBT legislation still pays insufficient attention to the drinking water function of our surface water and groundwater. After all, there are substances that accumulate very little but which are very difficult to remove from water. Due to their great affinity for water then such substances are Mobile (M). If substances have PMT properties then they can present an exposure risk for humans via drinking water.

What makes substances mobile in water?

Our society is using more and more chemical substances, and with the new emerging pollutants in the water we are finding an increasing amount of polar compounds.

At the end of November 2017 an international workshop for government, business and scientific stakeholders was organised in Leipzig by the consortium that is undertaking the European PROMOTE project. This project aims to gather knowledge about how water sources can be protected against mobile organic substances. The workshop identified gaps in knowledge that exist about the properties of these substances and how these properties have to be measured. In addition, there was a lot of discussion about how the mobility of substances can be prioritised and whether you can include mobility as a hard criterion for evaluating and permitting substances. Drinking water companies in particular are being confronted with increasingly higher costs for removing persistent and mobile substances from raw water. The German government (Umwelt Bundesamt) specifically, is making a case for the inclusion of substance mobility in the European REACH legislation.

In 2015, KWR made proposals for the classification of substances on the basis of persistence and mobility, and in the ECROS project it is researching – together with the drinking water company OASEN and the University of Amsterdam (UvA) – what new removal techniques can be deployed for mobile substances. 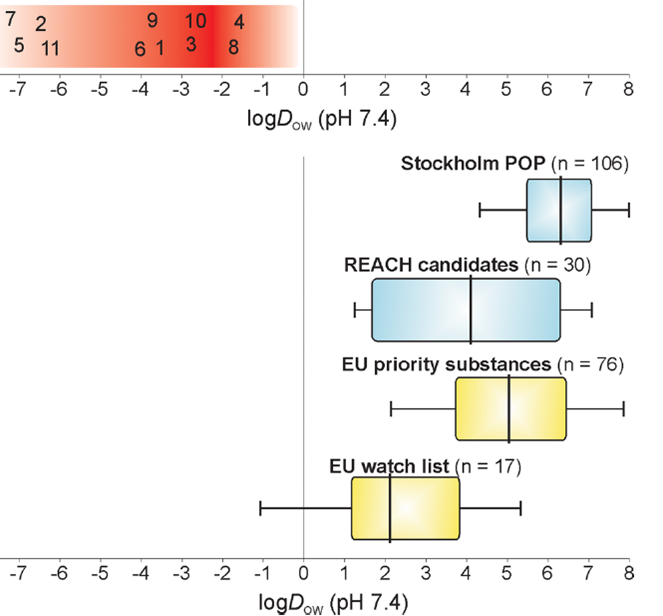