The emerging questions of the past weeks are: How does the concentration of SARS-CoV-2 RNA in sewage water relate to the number of hospital admissions? And can we use sewage surveillance to assess the degree of contamination among the population?

Via the stools of infected people, the virus enters the sewers. Since 6 February, KWR has been measuring the concentration of RNA from SARS-CoV2 (the causative agent of COVID-19) in sewage water in various cities. As can be seen in the graph for the city of Amsterdam, we are measuring a rapidly increasing concentration in the sewage water in March. This is entirely in line with the rapidly rising line of hospital admissions. With the introduction of the lockdown, we see a flattening and then a drop in the curve. This indicates that there are fewer infections, which is confirmed by the RIVM figures. 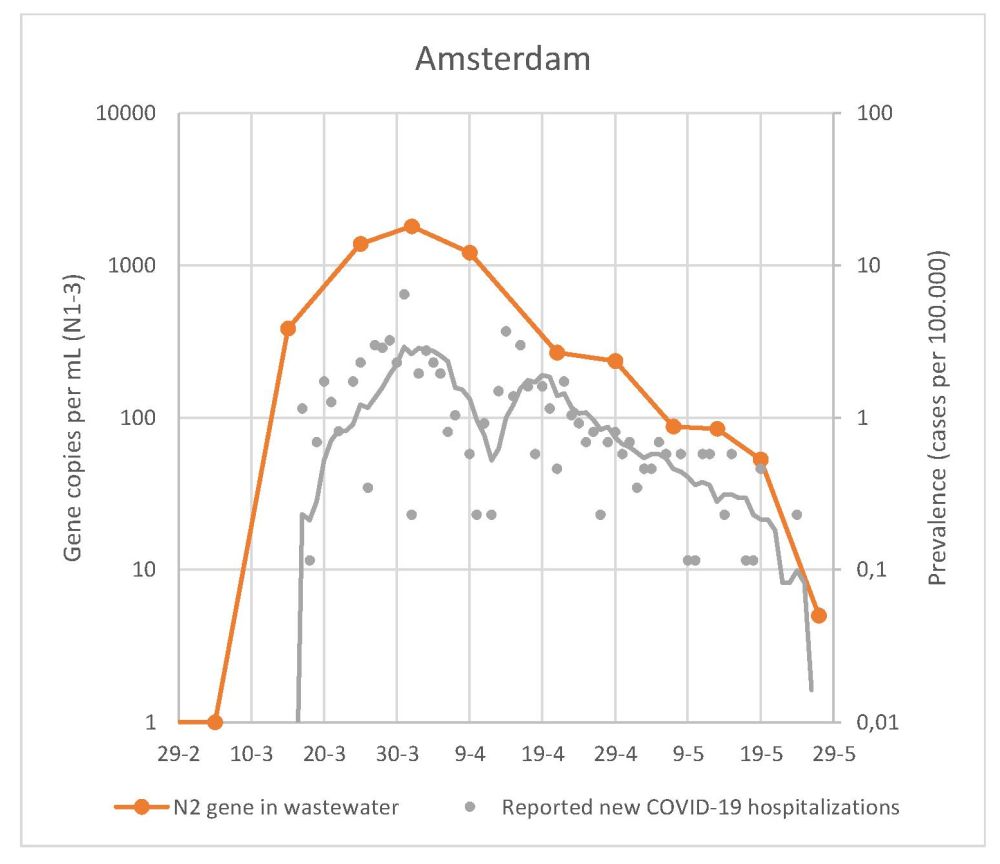 Sewage research as a monitoring system in the exit strategy

Now that the population is getting more freedom of movement again, the risk of infection is also increasing. How do we make sure we get an early warning? Based on Gert Jan Medema’s research, several countries (including the Netherlands and England) are considering using sewage monitoring. Firstly, because there are indications that we can detect the virus in the sewage water sooner rather than patients reporting sick. Secondly, because not everyone who is infected actually feels sick and is tested. Third, because there seems to be a correlation between the concentration of RNA measured in sewage water and the level of infection among the population.

In the meantime, Medema says, a European initiative is underway to coordinate the monitoring and testing of sewage water in a hundred cities.

The eight o’clock news reported about the KWR research (with English subtitles):

KWR Water Research Institute · EP01 – How is the recent corona research preparing us for current and future pandemics?
share