At a Technical Meeting in Katschberg (Austria), discussions took place on the progress of the European AQUARIUS project, which focuses on the development of new on- and inline solutions for the measurement of oil in water. What is unique in this system is that it will provide a compact sensor that can monitor with enhanced sensitivity a broad spectrum of hydrocarbons. This is to be achieved by measuring at different wavelengths in the mid-infrared spectrum.

The objective of AQUARIUS, which is financed by the H2020 programme of the European Commission, is the development of a method that will allow the monitoring of compliance of industrial wastewater and drinking water with legal requirements. 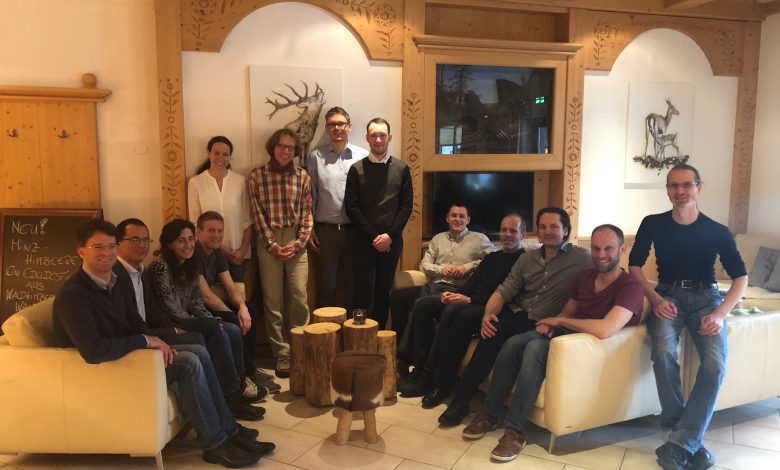 At a Technical Meeting in Katschberg (Austria), discussions took place on the progress of the European AQUARIUS project, which focuses on the development of new on- and inline solutions for the measurement of oil in water.

The core innovation in this project is the development of a Tunable Quantum Cascade Laser (QCL). A QCL is a compact, but very intense light source, that can be tuned to a spectrum of wavelengths. This makes it possible to build a compact, sensitive measurement device that can emit light at different wavelengths that are specifically absorbed by the hydrocarbons in oil. Besides being detected, the hydrocarbons present can thus also be classified. This tunable QCL is being developed in conjunction with an associated highly sensitive spectrometer as a detector.

The AQUARIUS project is also directing attention at the proper pre-treatment of the water samples to be measured. It will further research the possibility of applying a coating, with a specific sensitivity to oil, to optical chips. The Technical Meeting also discussed a new method for the completely automatic, liquid-liquid extraction of oil from water.

The realisation of the AQUARIUS sensing solution encompasses the entire value chain: sensor suppliers and industrial end-users are involved, and the devices developed will be tested in an industrial setting.

Over the course of 2019 all the components will be incorporated into a prototype system. This will then be tested in an operational setting during the last phase of the project (which runs until mid-2020). Following an initial field trial at OMV, the Austrian national oil company, the system will be brought to the Netherlands. KWR is expected to receive the oil-in-water monitor prototype at the end of 2019 for the conduct of a field trial, during which the institute will research the performance of the monitor in river water. 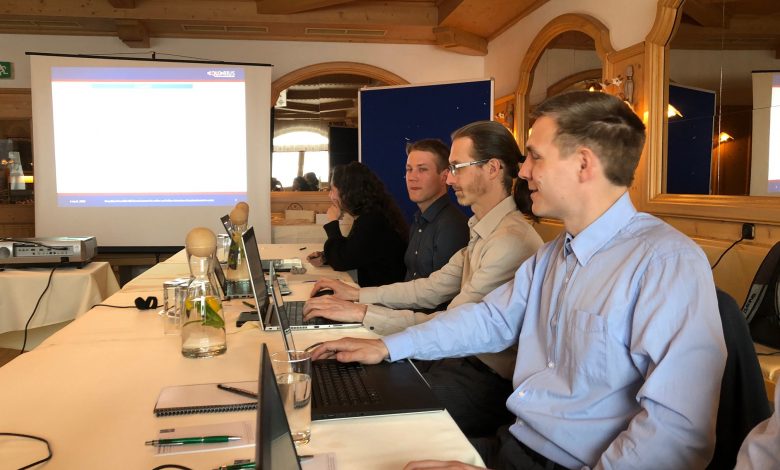 Among the subjects discussed at the Technical Meeting was a new method for the completely automatic, liquid-liquid extraction of oil from water.