Emissions of pesticides from agriculture and horticulture will have to be virtually eliminated by 2030. The TKI project ‘Waterproof Flower Bulb Cultivation’ examined treatment technologies that can help reduce greenhouse gas emissions. The parties involved are in agreement about the what is needed next: clarity that will help to implement the results and use them for other open crops.

The intensive use of pesticides means that flower bulb cultivation is a major factor in the lower quality of groundwater and surface water. Growers are becoming increasingly aware of this, observes Annette Beems, Policy Advisor on Healthy Water at the Hoogheemraadschap Hollands Noorderkwartier water authority. ‘The Royal General Association for Flower Bulb Culture (KAVB), the trade association for the flower bulb sector, and the water authority initiated projects in 2013 to work on solutions with growers. Initially, we were looking for simple measures to reduce the extent to which residual liquids are washed away. For example, spills were collected using absorbent mats at the entrance to the barn or with absorbent cloths or mats around disinfection baths. Spread was also prevented by using different forklift trucks for the barn and for outside work. However, without an adequate focus from growers and their staff, these systems proved vulnerable. More robust approaches had to be found.’

Water benchmark as a first step

The Hoogheemraadschap Hollands Noorderkwartier was one of the initiators of ‘Waterproof Flower Bulb Cultivation‘, a TKI project in which the flower bulb sector, water authorities, technology suppliers and KWR wanted to investigate the possibility of applying treatment techniques to water from the farm. As a first step, KWR established a water benchmark: a standard for the water on the farm of a flower bulb grower. ‘You need a benchmark of this comment to compare the treatment techniques,’ explains KWR researcher Nienke Koeman. ‘It contains a representative mix of pesticides and other substances. Until now, there has been no benchmark of this kind for flower bulb cultivation. The results of the project have been published in a final report and in a report on the laboratory tests.’ 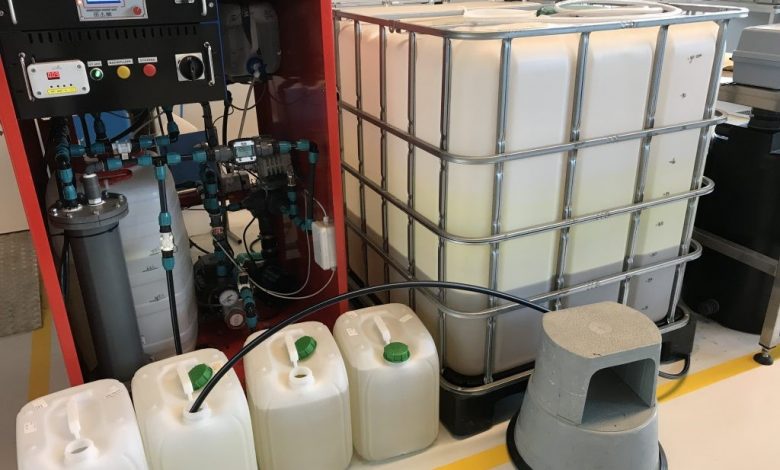 A feel for what goes on in practice

The pesticides to be included in the water benchmark were suggested on the basis of actual practice. Thijs Sijtsma, a cultivation consultant at Profyto DSD, was one of the partners in this area. Sijtsma: ‘We supply these products to the growers ourselves and we know exactly how the crop works. So our role was to see whether the decisions being made had enough of a feel for the needs of the sector.’ In the project, Sijtsma also represented a supplier of ozone and UV treatment techniques which, like the other techniques tested, performed well for the treatment of diluted water from the farm. Concentrated waste flows still pose some technical challenges, says Sijtsma. ‘Foam is formed and that makes treating the water difficult.’

Now that several technologies have been found to be suitable for treating water from the farm, flower bulb growers can choose the best option for their business operations. But a number of important follow-up measures are needed first, say those involved. Clear policy frameworks are needed to determine the conditions for applying the techniques in practice to achieve the desired level of treatment. ‘The Union of Water Authorities has got on board,’ says Beems. ‘The idea is to extend the developments to all open crops. KWR’s water benchmark makes this possible. Regulations from the Ministry of Infrastructure and Water Management should ensure that growers know that they can make investments on a sustainable basis. We can’t have a situation in which every water authority assesses the treatment level in its own way and that growers are confronted later with additional national requirements.’ 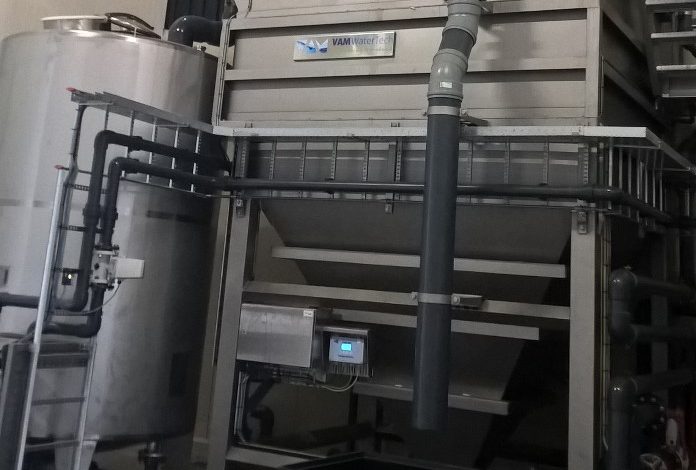 Everyone at the table

Sijtsma confirms that, from various perspectives, it would be useful if regulations were to be introduced, and to know what requirements they should meet. ‘As a technology supplier, you want the tick alongside your name stating that your machine complies with the requirements. From the point of view of the flower bulb sector itself, the regulations must keep up with innovation. You have to give the sector time for implementation and to comply with the rules. It would be a good thing if growers received subsidies to help them. During the course of my work, I still come up against opposition from time to time. All the growers do their best but they run up against new rules time and again. Flower bulb growers are well aware that they can make progress on sustainability with treatment techniques. It means they can manage residual flows even better, and that includes re-using them. The right road ahead involves transforming the tips from this project into constructive regulations and financial support. We shouldn’t just leave everything to the growers; we have to tackle this by getting everyone around the table.’

As far as the subsidies to which Sijtsma refers are concerned, the water authorities believe that there are ways to make a contribution. ‘Our thinking is that we want to encourage growers to cut emissions,’ says Beems. ‘For this measure, it will be important to establish a certification procedure first so that newly developed techniques are assessed using the same guidelines. And that is already happening in greenhouse horticulture.’ Sijtsma also welcomes the introduction of a generic requirement for closed farm systems for open cultivation in general. And he thinks that the TKI project Waterproof Flower Bulb Cultivation was a good start. ‘A system has been developed that allows us to adopt a broad approach to tackling the issue. That’s a great result.’

As the project coordinator, KWR was responsible for the coordination between the partners, and Koeman is pleased with how that went. ‘There was a lot of enthusiasm, even though different interests were represented at the table. People didn’t just listen, they also got involved in thinking ahead. Discussions are often about one another; here, people were talking with one another.’ Sijtsema has no hesitations about whether the TKI partnership is also instructive. ‘I learned a lot about subsidy arrangements and how regulations are established. I can draw on that knowledge during my discussions with growers because it helps to establish understanding. In that way, we can move ahead together.’

‘Discussions are often about one another; here, people were talking with one another.’